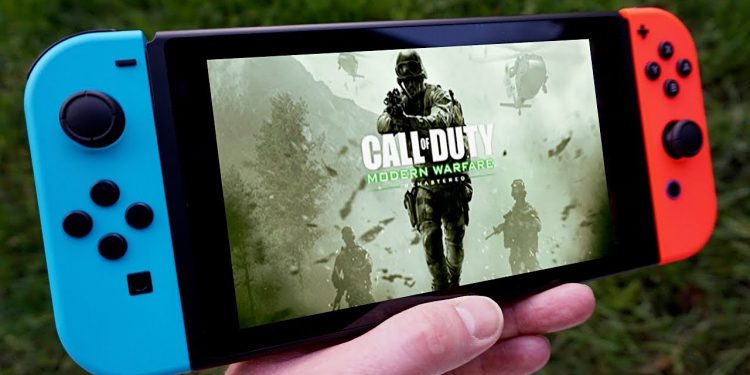 Apart from Call of Duty: Mobile that came out seven years ago for Wii U, players haven’t been able to experience any other CoD game on a handheld device. Call of Duty on Nintendo Switch could change that!

While the 2020 pandemic caused the video game industry to soar high in terms of sales, the hype was for two Call of Duty video games released under the Activision banner, the game of the year Call of Duty Black Ops: Cold War and Call of Duty: Modern Warfare, and for the Nintendo Switch console. Both outgrew their competition by a fair margin.

Activision’s standard-bearer FPS game found even higher levels of success with the Battle Royale experience Warzone. Despite notorious gameplay, tons of people drop every day into the Warzon’s Verdansk on PS4, PS5, Xbox One, Xbox Series, and PC. Yet players have been left wondering if there ever will be a Nintendo Switch version of the game. In this article, we discuss the matter in detail.

Is There A Call of Duty For Nintendo Switch?

CoD is not yet released for the 2020s most popular gaming console despite being played across five platforms. Among other reasons, the main issue comes with the console’s inability to support the extensively detailed gameplay of Warzone. Switch in itself is a beast, but it still can not sustain the gameplay of 150 users across the gigantic Verdansk.

With Fortnite and Apex Legends already available on the Nintendo Switch, many renowned CoD players switch boats in favor of handheld gaming. Activision is currently content with its fame and support where millions of copies of its CoD games are bought and indulged in, and still doesn’t see Nintendo Switch as a necessary platform to engage with.

CoD on Switch Would Change The Game For Triple-A Games

Skyrim, Mortal Kombat, and The Witcher 3 are all available to be played on Nintendo Switch. Still, Cyberpunk 2077 and Assassin’s Creed: Valhalla instead have chosen to opt for the Big 3: PC, PlayStation, and Xbox. Fans may be willing to compromise on gaming quality or graphics, but these famous enterprises choose to stay on the current-gen consoles.

There is no release date for CoD to be released for the handheld Switch with all said and done. Previously, big names announced the same, yet after a few years, fans were given reason to rejoice and were released for handheld devices. Could it be said for a game with a fan base of millions like Call of Duty? Guess we will have to wait and see.