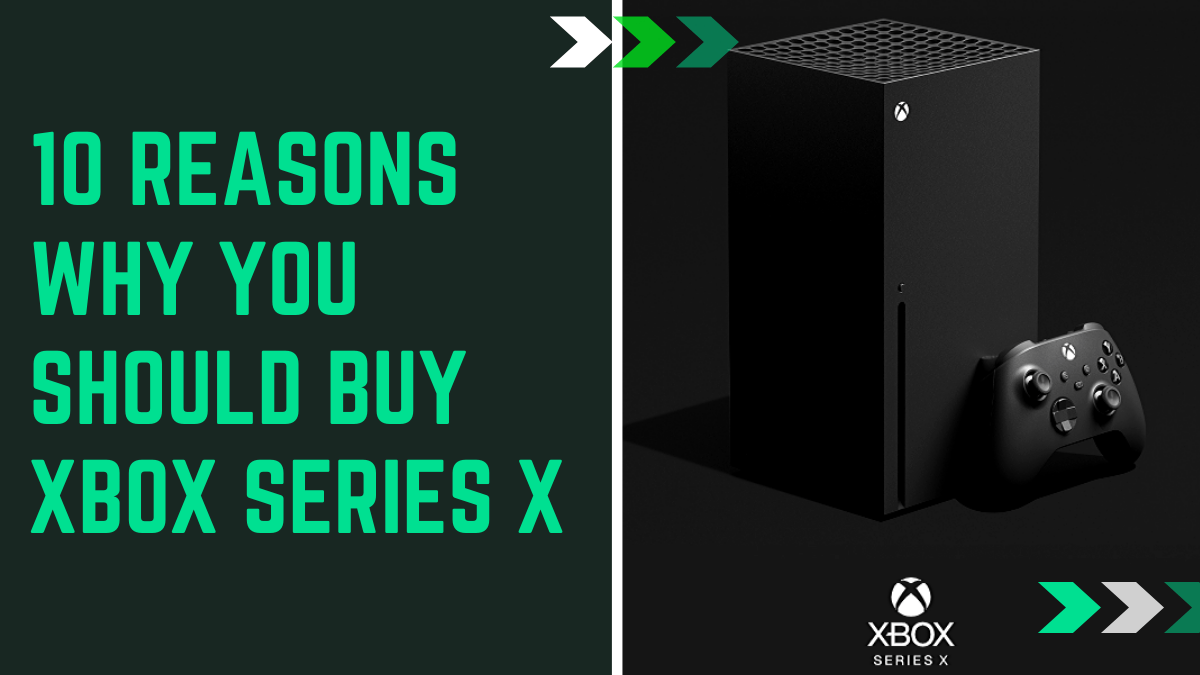 Microsoft has launched the latest Xbox Series X console during the Game Awards 2019 showing its one of a kind Xbox after Xbox One X.

The reason it caught people’s attention that its design is very different from the consoles released previously by any console manufacturer.

The Series X console is 12 inches in height, 6 inches in width and depth.

As the world is shifting to 4k, Xbox is gearing up their game to get pure 8K gaming experience in their upcoming console, providing gamers the experience which they have never felt before.

In recent year, Xbox One X ran on 6 teraflops and pronounced as the most powerful console, it even rated best on the Red Dead Redemption 2 benchmarks and got the title as it ran best on Xbox One X. The latest Xbox Series X runs on 12 Tera Flops, imagine the power of gaming it will add to your bucket!

Microsoft and Playstation have also announced partnership to produce games for each other so we can see many new beautiful graphics games are making their way to Xbox Series X soon.

3. It outperforms every Playstation console

It is a bitter truth, Playstation in last years has been unable to launch a console with better specifications as Xbox consoles. Even Ps4 Pro was unable to beat Xbox One X in every corner and Xbox X has proven to be the most powerful console.

If the next PS5 has the lowest specifications than Xbox’s series X console than the sales of PS5 will see a decline as Xbox will be getting all the leads from the gamers.

During the Game Awards 2019, the management of Microsoft also announced the latest games that will be coming with Series X console.

There is also a good list of games coming in 2022.

The specifications of this product are seriously impressive and gamers are drolling over this product and can’t wait to get their hands on it.

6. It is considered to be even more powerful than a PC

Comparing these FPS to an average gaming PC that was reaching 80 FPS easily was making console gaming less smooth.

Xbox decided to give “Much better experience than PC gaming” by locking Series X at 120 FPS. You can even connect Razor Mouse and Keyboard to it if you don’t want to play games through the console.

7. It will never heat up

Xbox 360 heated up like hell, but Xbox through the years has solved this problem by launching new and enhanced consoles, Xbox gamers praised Microsoft management as the new Xbox One S, Xbox One X was not heating even after 6 hours of gaming.

And now Xbox is promising Xbox Series X won’t heat up even if you do gaming for straight two days! That’s a lot to offer, right?

From a graphical perspective, Series X is a way to go as it is able to run games at 120 FPS with a higher refresh rate for the support of 8K. If your output is 8K, you will be able to get 120 FPS easily but if you’re running it on 4K you will get 60 FPS.

Comparing it with the previous Xbox One X and PS4 Pro, both the consoles were able to get 60 FPS but with Series X, they’re nothing when it compares to 120 FPS.

10. You will be able to run Project xCloud on Series X console

You heard it right! You will no longer have to wait until your 100 GB game downloads, just play it right from the console and enjoy the seamless gaming experience. It is advised to have a minimum of 35 MBPS internet connection while 100 MBPS is recommended to play games on Project xCloud.

Xbox made sure their new console gives easiness to the gamers so that they can jump in the game without wasting their hours waiting for their game to download.

What is the price of Xbox Series X?

Microsoft has announced that the Xbox Series X will go on sale at the end of 2020. The Xbox One was launched on November 22, 2013, and a similar date can be expected for the launch of the Xbox Series X.

Can you connect Xbox One controllers with Series X console?

Xbox Series X vs PS5 – Which is more powerful?

It is not yet known which of the Series X or PS5 will be the most powerful console on the market. The two manufacturers hope to get the palm and will try to make adjustments until the last possible moment. The PlayStation 5 and Series X are rumored to be neck and neck.

Have any questions? Feel free to ask in the comments section!

Best Android Apps To Download in 2022 For Your Smartphone

Best Android Apps To Download in 2022 For Your Smartphone