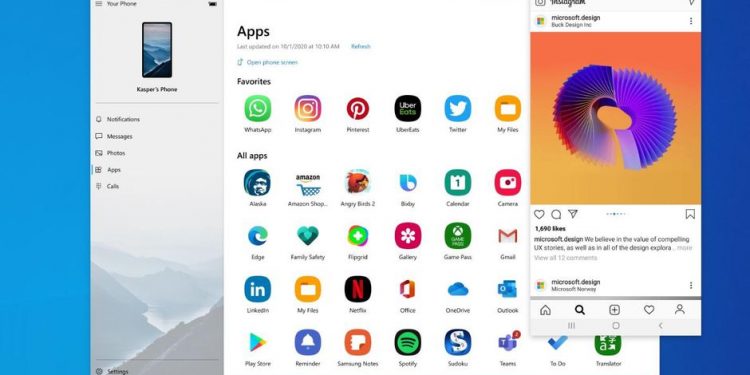 If in the past few hours we have seen how to install Windows 11 if the PC’s CPU is not officially supported, now let’s go back to the freshly released operating system with a trick that can be useful to many, and that is also simple to put into practice.

Microsoft has announced for several months the native support of Windows 11 for apps developed for Android environments through the Amazon App Store, in an attempt to equalize the move with which Apple has brought apps for iPhone and iPad on Macs with M1 chips.

The “official” support, however, is not yet available for the moment. Still, not everyone knows that Windows 11 can already run Android apps through those “old” and dear friends who are the emulators.

To tell the truth, the emulators available are all relatively young since Windows 11 is an equally young system, so the presence of some bugs that physiologically will go away with time can not be excluded.

First of all, the good news: Bluestacks, in addition to being a reasonably well-known emulator, allows you to download and install Android apps from the Google Play Store, which is a considerable advantage in light of the vast catalogue of the Mountain View virtual store.

It also allows you to use a mouse and keyboard in games and create macros, for example, to automate commands and have an advantage over opponents. It seems that most games already work well with Bluestacks for Windows 11: you can download it from here.

GameLoop is an Android emulator from Tencent, the Chinese gaming giant that developed PUBG Mobile and Call of Duty: Mobile and several other games.

This intuitively means that GameLoop is the Android emulator that on paper should run these games best on Windows 11, so if your goal is to play Tencent games on Microsoft’s new system, well … a chance at GameLoop should be given: you can download it from here.

NoxPlayer supports mouse and keyboard, allows you to configure macros and run multiple games simultaneously. It can be a valid alternative to the previous options if something is wrong or you don’t like it: you can download it from here.