by Seok Chen
in Technology
A A
0 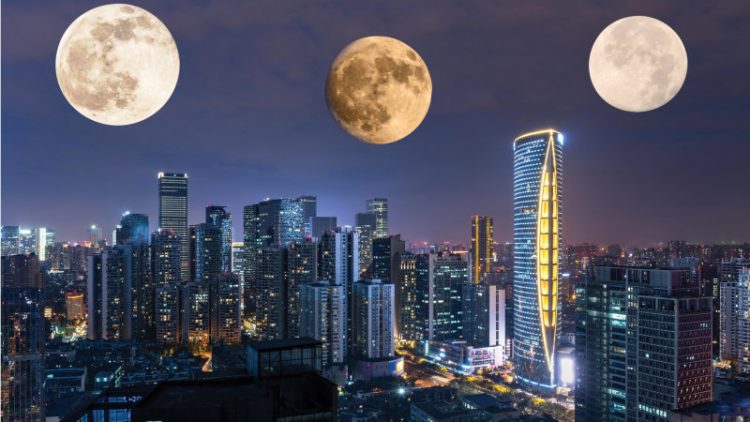 Yes. Moons. Three of them. Wu Chunfeng, head of TNDSSRI in Chengdu, China, told The Daily that the launch verification, unfolding, orbit injection, illumination, adjust & control of the artificial moon was completed by 2020.

The man-made moon is a satellite carrying a huge space mirror to reflect sunlight on the Earth. The media outlet Xinhua quoted Wu as, ”the brightness of the artificial moon would be bright enough to replace streetlights.”

The estimated time of launch is set to be sometime in 2022. Wu has been quoted as saying that, “By then, the three huge mirrors will divide the 360-degree orbital plane, illuminating an area for 24 hours continuously”.

“The reflected sunlight can cover an area of 3,600 sq km to 6,400 sq km, and the illumination intensity is expected to be eight times of the moonlight,” he added.

“Using man-made moon to illuminate an area 50 sq km can save 1.2 billion yuan of electric charge. It can also illuminate blackout areas when natural disasters such as earthquakes happen.” he further explained to the media outlet.

Although it will be a historic milestone for humankind, many have voiced their concern regarding this event and its consequences on the natural day-night cycle of the living things. Any advancement in the field of science paves the way for revolutionary benefits, but an altered natural cycle may wreak havoc in the human life that we know.

When approached to clarify the concerns regarding the effect of the moons on human life, Wu said, “The light intensity and illumination time can be adjusted, and the accuracy of illumination can be controlled within scores of meters. When a man-made moon is orbiting, people can only see a bright star in the sky”.

China is not the only nation to aim for the stars. America and Russia are also in the race to launch their artificial satellites. However, their experiments have been unsuccessful so far. The sky is not the limit anymore. Let’s see what comes next!