by Shezrah Abbasi
in Social Media
0 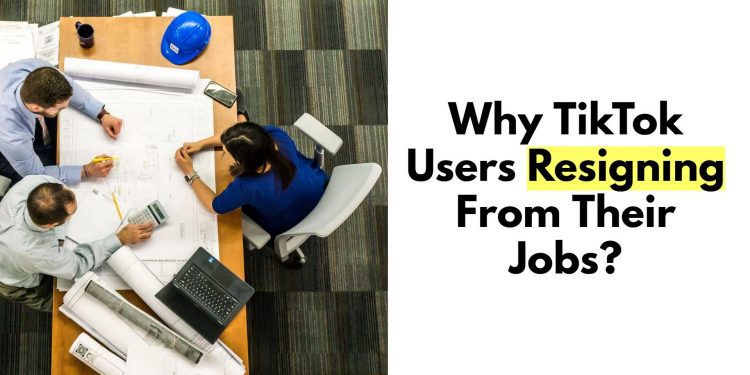 Winners never quit and quitters never win is apparently a phenomenon of the past as these TikTok users show winners know exactly when to quit in the latest TikTok trend #IQuitMyJob.

The Great Resignation inspires social media trends as TikTokers are going viral with ‘QuitTok‘ videos about quitting their jobs.

Resignations in the US are at an all-time high in the past two decades, Insider has reported. At least 4.4 million people left their jobs in these past few months, the data from the US Bureau of Labor Statistics reported in September this year.

Experts have come forward with a lot of reasons for the mass exodus like feeling undervalued at work, the pandemic bringing a new perspective, an abundance of new job opportunities especially remotely, among other probable factors.

As millions of people have left their jobs for different opportunities, a trend has been birthed at TikTok called the “QuitToks” where users share their quitting stories with millions of other users. There is apparently an increase in the number of videos on TikTok especially since the late Autumn and early Winter months. Most of the content revolves around people either preparing for or handling their resignations, or recounting the story for the massive video platform and its users.

The tags #quitmyjob and #iquitmyjob have garnered more than 194.7 million and 41 million views respectively as we ready this post for publishing. The niche varies drastically, from users like @alikainwanderlust moving to Bali to user @xounique quitting her job with an expletive-filled tannoy announcement, a myriad of reasons that have been cited by the ‘quitters’.

Millions of viewers have helped make these videos go viral, and it goes without saying many must have been inspired to take a bold step for their benefit rather than sulking at a job they don’t quite like.

Twitter and Reddit are also not far too behind in hosting trends like these on their respective platforms, with users putting up screenshots of their conversations with the managers to back their decision to move on.

What is PolkaWar? And how can you sell NFTs by playing it?