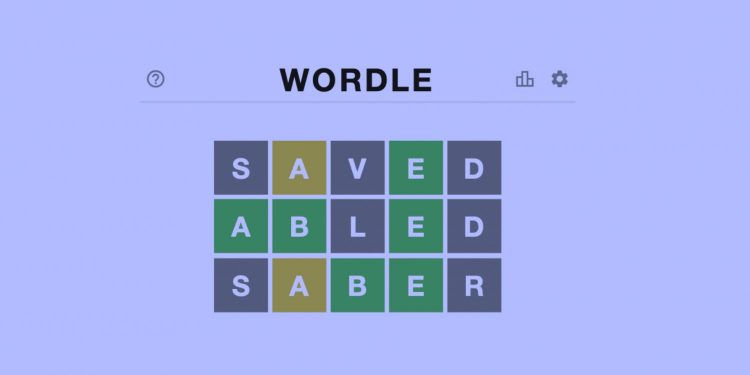 Wordle Generator to help you ace the Wordle game, every single time! May the odds forever be in your favor!

Sometimes its the simplest of things in life that just make your day worth it. Wordle is an online word game that has become the latest trending sensation that has thousands of players trying to guess a five-letter word in the English language in an attempt to maintain their streak. It is simple. Its catchy. It can be played anywhere on your device. Whether you are in quarantine or need a break at work, this is a perfect mini-distraction.

The word of the day is generated every 24 hours, and players can be seen sharing their results on Social Media via a simple shareable link.

Created for his partner by Josh Wardle, Wordle was just bought by The New York Times last Monday. This game took the internet by storm in a relatively little time, merely for its simple gameplay. Although it does not jog your memory a lot like the NY Times Spelling bee or Times’ Crossword, this still is a happy brain exercise (of course if you get the word right).

While there are a number of ways you can start playing Wordle, there is no right way per se. You can try any five-lettered word and take it forward. Some say ADIEU is the ideal word, others imply SOARE should be the first word you try.

If you still prefer a list of the best starting words for Wordle, it is recommended you start any given day with these:

However, this is purely based on individual preferences. A good technique is to put a word laden with as many vowels as possible, like ADIEU or LATER. The letter A and E are part of most of the five-letter words in the dictionary so you’re off to a good start and usually, these words give you a clue of two letters of the secret word, even if at the wrong place.

The next part should be a word full of consonants to counter the first word and give you as many letters as possible to guess the right word. STORY is a good word for that. Avoid letters ending with “S” as the Wordle creator hardly puts those in the algorithm, and it ends up taking one guess away from you anyway.

There are repeating words too and you should be aware of them when you’re jogging their neurons. And it is highly possible words made up of any consonants like XYLYL may find their way to you and catch you by surprise.

Wordle creator is a software engineer by profession but he created this game out of pure love. He deliberately didn’t add push notifications, allow endless play, or feature other tools commonly used to lure users into playing in-app games for long.

So our final recommendation is that you play by heart, for fun, instead of focusing on maintaining the ideal streak. Life’s too short for that. Let this be the thing you look forward to right in the morning like many popular editors or the last thing you do at night if you’re one of the night owls.