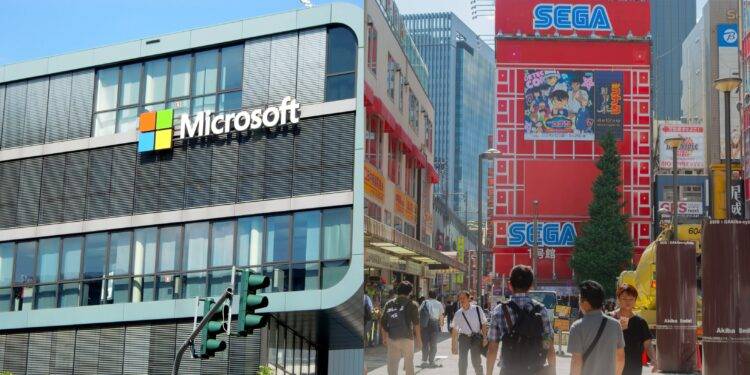 Is Microsoft buying Sega? Rumors are known to be developed easily these days after the acquisition of Bethesda’s parent company by Microsoft at the start of this week. A few people on the internet thought that Sega, the former console producer, is the next.

Is Microsoft going to buy Sega?

It all comes from the recently announced Shock Blue Xbox Series X controller. Then it might take off. @headfallsoff, the twitter user explained it with the following pictures:

As you have observed, these users think that there is some more to the spelling “Sonic”, with a reference to the Sega Official Tweet about the Xbox. Besides, the Sega Logo can be seen in resemblance with the Shock Blue color ID

Of course, the rest of the users aren’t as convinced as required. Note that it is different from the rumor that appeared in June concerning the rebranding of the Xbox consoles.

Tomorrow at the Tokyo Game Show, Xbox would be holding a showcase. Although they have already stated that don’t except anything new concerning the next-generation news, yet if anything goes down, we may hear the news. To celebrate the 60th anniversary, sega would also be present at the TGS.

For a few decades, SEGA has made it to become a fascinating firm concerning the game space. A while back, a rumor circulated that Microsoft would partner with SEGA for Xbox Series X branding for Japan in through some planning yet, as launch comes nearer and along with the pre-orders live, which isn’t observed to happen.

We agree that the next purchase of Microsoft might be Japanese, however, we will soon observe the factor of the company’s attraction, might be SEGA or any other firm. The franchise of Yakuza would be good within Microsoft’s cap, the popularity of the series continues to stay with some funding.

So what do you think about Microsoft buying SEGA? will it boost their sale? will this help them fight PlayStation?