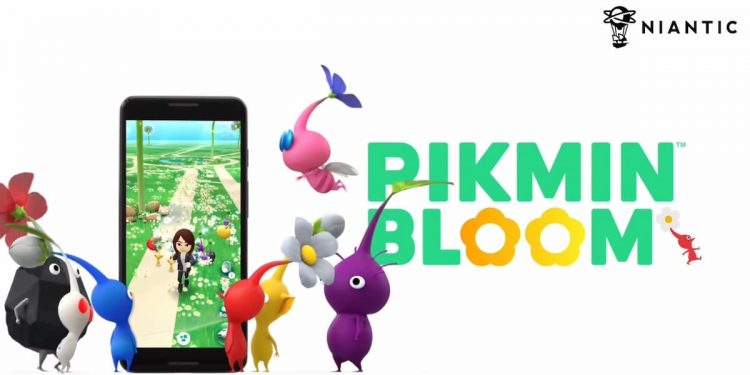 The first game in the Pikmin series released on the Nintendo GameCube in 2001 was Pikmin. It was followed by the sequel Pikmin 2 and Pikmin 3 in 2004 and 2013.

Pikmin bloom is the semi-sentient plant/animal life-forms encountered in the game by Captain Olimar upon crash-landing on the planet in Pikmin.

They come in a number of colors indicating a unique set of attributes that help them settle in their habitats. Each species has peculiar characteristics but almost all Pikmin have a similar appearance that has a humanoid body shape; a large, bulb-shaped head; a set of round eyes; two arms and legs which have hands and feet with three digits each, and a tall stem that has single, five-petaled flowers.

Types Of Plants and Creatures in Pikmin Bloom

Every color in the Pikmin bloom species corresponds to particular strengths and weaknesses. Let us see what these are.

Red Pikmin were the first species to be discovered and have thorn-like noses. They are fireproof and takedown dirt walls faster than others. They are 1.5X stronger than the average Pikmin.

Yellow Pikmin have big ears and are lighter than the others. They can be thrown higher and farther away due to this feature. They are fast diggers, immune to electricity and they can carry and throw Bomb Rocks.

Blue Pikmin possess gills, making them amphibious. They can survive on land and in water alike and handle water-based attacks well. They can save nearby drowning Pikmin by throwing them back on land.

Purple Pikmin are heavy and larger than others. They have wiry hairs on their heads and are 30X stronger in battle although they move slowly. They cause greater damage when tossed over enemies.

The weight lets them stay where they are and blocks the attacks of the Puffy and Withering Blow-hogs.

White Pikmin are smaller yet faster than others and have red eyes. That’s why they have a keen sight to dig up buried treasure. They are poisonous and kill enemies when ingested.

Rock Pikmin look like small yet sturdy, strong stones with notable leaves on their heads. You can use them to shatter glass and Crystal Nodules. They are immune to being crushed or stabbed.

Winged Pikmin are pink, with large heads, blue compound eyes, and an ability to fly on their backs. They are always airborne unless performing specific tasks like pushing paper bags.

Bulbmin are found in caves. They are formed by the combination of the parasitic Pikmin and a Juvenile Bulborb. Their characteristic feature is being immune to all kinds of hazards like fire, water, electricity, and poison.

Other Types of Pikmin

In addition to these, there are glitches like the Pikpik Carrot Pikmin which are created by giving yourself the seventh number in the Challenge Mode.

There are also Mushroom Pikmin or Puffmin, which are formed when a Pikmin is exposed to a Puffstool’s cloud of spores. Pikmin, then, turn purple and grow mushrooms on the heads. There are no specific characteristics associated with this Pikmin.

If all the parts of a ship are gathered by a player, he or she can see various Onions in the cut-scene at the end, that have different colors. Included in these are

Pikmin Extinction happens when all the Pikmin is lost, with those planted in the ground as well as those stored in the Onions. With the loss of all Pikmin, the day ends. The next day, Onions produce seeds and as a result of this, it’s possible for Pikmin to never go extinct.

That is all about the Pikmin and their characteristic features. Do you play it on Nintendo or on your mobile? And if you haven’t played this, do not forget to download the game on your android or iOS smartphones.