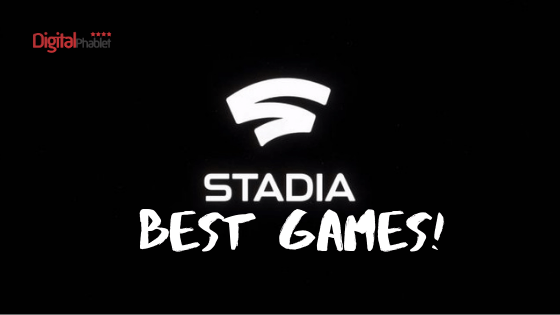 Google Stadia was announced back at GDC in 2021 in San Francisco on March 20. Google Stadia is a cloud gaming service is will be able to stream video games at 4k resolution at 60 FPS with the support for High-dynamic-range.

People can play Google Stadia Games through the Google Chrome web browser. You do not need any graphics card to play any game, and you can play games directly from the Youtube videos you are watching. Gaming people will not require any sort of expensive gaming PCs or a console to play any game. The only thing that is required to play is a 25 MBPS internet which will allow you to play games on your TV, mobile, and PC.

Google Sadia will be only available via web browser only at the initial stage, including chromecast and Android devices. But Google has confirmed that it will further come to Safari and Mozilla Firefox in future too.

Assassin’s Creed Odyssey is a famous game from Ubisoft, released back in 5th of October 2018, currently, this game is available in Xbox One, PS4, and Nintendo (Japan only). It holds the rating of 5/5 reviews for its combat story and graphics. While some people complained about having lots of microtransactions.
It is the first game coming to Google stadia.

Doom Eternal is developed by ID Software, gamers can experience FPS combination of speed and power. It is coming to Xbox, Nintendo Switch, PS4, and Google Stadia on 28th December 2019. The gameplay of Doom Eternal is locked at 60 FPS.

Cyberpunk 2077 is also a highly anticipated game made by Witcher 3 developers CD Projekt Red using REDengine 4 game to produce this. This game is currently under process with over 400 development staff working on the game.
Google stadia also releasing Cyberpunk 2077 on its gaming platform.

Motion Twin has developed the game Dead Cells which is currently available to play on Xbox One, MacOS, Linux, PS4, and Nintendo Switch. It is a rouge lite castle Vania inspired game, that allows you to explore its world around.

A player can gather money, weapons as well as level up the abilities to defeat the army coming in the way. Subscribers of Google Stadia will be able to experience this game as soon as Google stadia comes out of beta version.

How much Google Stadia Subscription cost?

Google has confirmed that it will only be available in Canada, Europe, United States, and the United Kingdom. The expected cost of Google Stadia Will is around $12 USD to $17 USD a month.

We have written more resources on gaming genre;