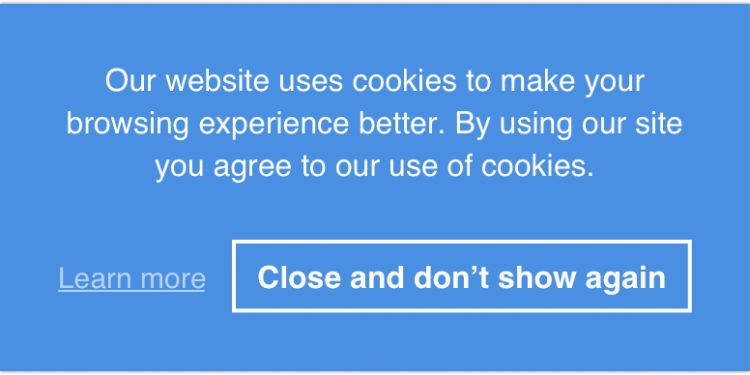 Any web page, video, or advertisement can have a cookie attached or use a code to collect user data. Users’ browsing habits and device ID are among the data collected.

Nevertheless, it cannot contain personal data, such as the user’s age, name, or gender. The data can then be used to launch targeted advertising by tailoring content offerings and brand advertising.

Despite cookies not collecting personal information, brands and publishers can usually begin to turn the device ID into a portrait of the person behind it over time since cookies are used on so many devices, and a user usually travels between several devices at any one time.

Think about an ID that tends to shop for beauty products and engages with more female content. Publishers or analytics companies can then begin creating profiles and push tailored content and advertisements to those IDs.

Users are becoming increasingly uncomfortable with cookies since they track their movements across multiple devices, and the data collected about them is then sold and monetized.

Developers must also follow specific privacy requirements before their apps can be listed on the App Store following Apple’s iOS 14 update. You control what apps track your movements online and what data they share with third parties.

Sarah Messer, managing director at Nielsen Media MENAP, told Digital Phablet that most people never realized how much data they were giving away for free.

In the traditional sense, cookies cannot identify an individual. Still, Facebook, for instance, knows who each user is and therefore can access a much richer profile of in-depth data that they can use to make money, Messer explained, adding: “But people do not want that.”

Despite being a triumph for user privacy, cookies have caused panic among marketers. Since the goalposts regarding user privacy began shifting even before the pandemic, advertisers have been in limbo for a while.

It measured the effectiveness of online advertising using cookies and worked across all platforms, including Facebook and YouTube, which are considered “walled gardens.”. All online publishers would be asked to place the Nielsen cookie on all their advertising by one of the world’s largest advertisers, Procter & Gamble.

Companies such as Nielsen cannot verify the effectiveness of P&G’s ads thanks to the lack of cookies, without which they rely exclusively on publisher data.

Messer said that all the major digital publishers operate in a’ walled garden’, and you can only access the information we allow. “It is they that lead the charge toward the cookie-less world.”

Bitar said Apple is not doing this out of the goodness of their hearts, even though their privacy changes are a considerable boon to customers.

“They are effectively creating their walled gardens to keep users within their ecosystem while forcing everyone else to join up, and I think Apple and Google are the masterminds behind digital advertising’s disruption,” he added.

Meanwhile, Messer believes “everybody wants a transparent media industry.” She asserts that Google and other companies like Nielsen are allowing companies like theirs into their walled gardens.

In many ways, this is about protecting consumer privacy and not closing the door to people like us because we’re invited in to have these conversations with them.”

Nielsen is now partnering with platforms such as Facebook and YouTube to create tools that enable it to obtain data independently from third parties without the need for cookies.

“Identity panels” are being set up by Nielsen and similar companies for publishers who aren’t walled off.

“Our panel will provide us with the identities of those participating, and we will then harness that information and apply it to what we see across the Internet,” she added.

In the future, identity panels will replace cookies and tags,” she said. It is the loss of accuracy that constitutes the most significant disadvantage of losing cookies.

I understood the data after we had the entire UAE population in a dataset – about 8.4 million people on Facebook,” said Messer. “When we reduce that number to about 200,000 people, there will be some accuracy loss.”

Less relevant advertising can result in an inconvenience for users as a result of this loss.

Rather than advertising declining quickly, consumers will likely benefit by having their data and lives private.

Despite their inability to fully comprehend it, people want that, Messer says.

Many people consider advertising to be irritating and intrusive. However, advertising is not a terrible thing when it is done well and anticipates and answers a customer’s needs, said Bitar.

A marketer has to “walk a fine line between being invasive and helpful” to make users feel valued, heard, and understood. That can only be achieved by personalizing, says Bitar.

As long as there is transparency from all parties involved, my data can improve my online experience.

In the future, an open and honest exchange will be the core of the process.