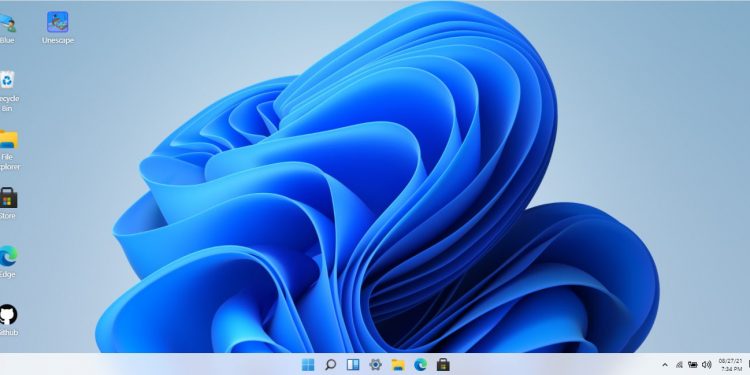 Did you know you can use Windows 11 on Browser without even downloading or installing it. Whether you have a Chrome, Edge, Opera or Mozilla. It works just fine!

Windows 11 is certainly among the hot topics of this summer 2021: Microsoft and the community of developers and testers are continuously working to improve the new operating system because of the launch, awaited remember for October.

In addition to installing one of the first builds available on the net (as we did in our test), the only way to test and stay updated on the improvements of Windows 11 is to subscribe to the Insider program, this at least until now.

In this regard, it is worth mentioning the interesting idea of the developer Blue Edge which basically allows you to have a preview of the layout and some features of the new version of Windows without having to download and install the ISO.

New details and source code of the project, known as Windows 11 in React, have emerged in the past few hours on GitHub and could have some feedback in all those users interested in Windows 11 but inexperienced (or lazy) and unsure of a possible installation of an operating system that is not yet official.

Windows 11 in React basically allows you to take a look at the new interface, trying some of the features of Windows 11, all of course with many limitations.

Basically, we are faced with a sort of replication of Windows 11 with tools like React, JavaScript, and SCSS; the whole procedure is done from a browser, just go to the following address and the desktop interface of Windows 11 will open directly with different possibilities to explore “some” of the more classic functions.

Doing some tests of the case, we immediately noticed a certain fluidity of the user interface, as we said with many limitations concerning the apps; currently Edge and the Store work, notepad and calculator can be used while for example, the Resource Explorer does not work.

However, the developer is constantly working on the project and many features are given as “coming soon”; more details can be found in the link integrated into FONTE.