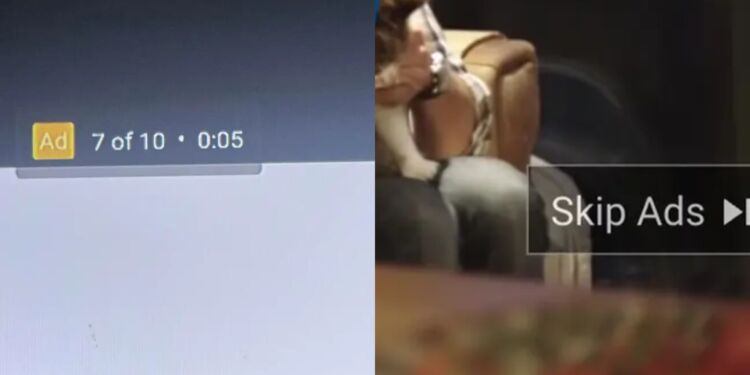 Do you find Unskippable Ads On YouTube annoying? Well, It is going to get a lot horrible!

As a result of increased advertising frequency on YouTube, viewers will now have to watch up to ten advertisements during an individual video break.

In Reddit threads and tweets, it has been noted that ad breaks occur more frequently after every few minutes in longer videos.

The longer breaks are becoming more common among viewers, with some getting up to 10 ads in a single break, although more commonly, there are at least five ads per break.

There have been suggestions that this may be part of a campaign to encourage people to try YouTube Premium: “YouTube is testing five unskippable ads before the start of a video for non-premium account holders. YouTube really wants people to upgrade.”