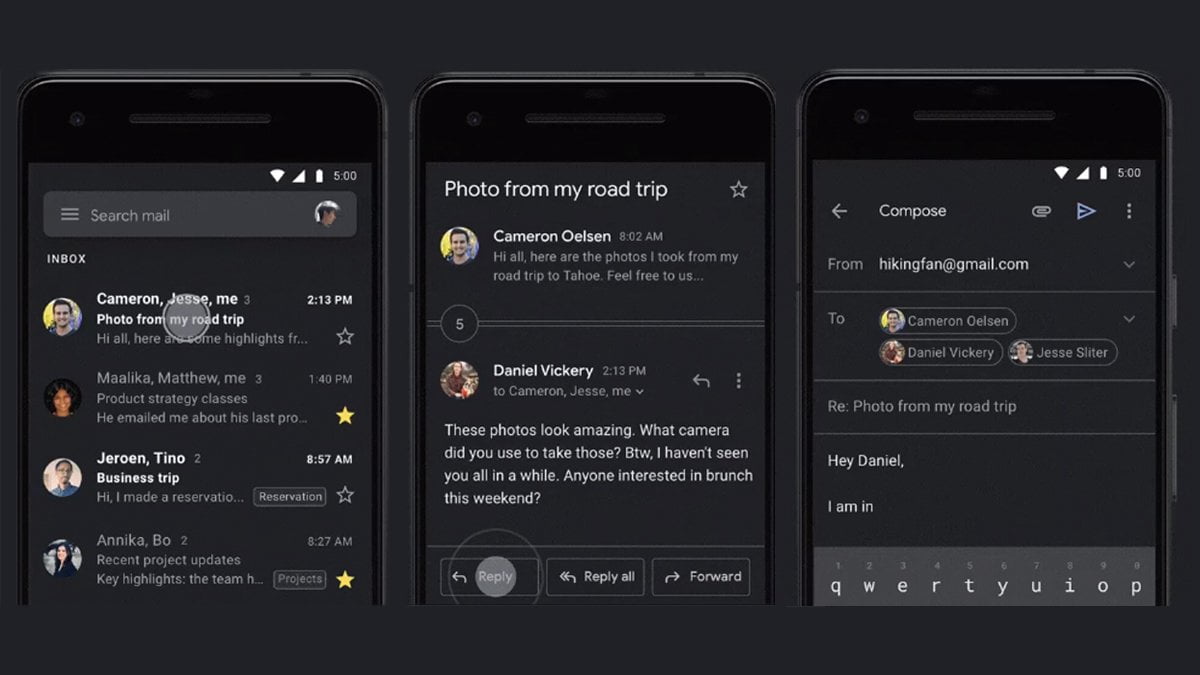 Here is How To Turn On Dark Mode on Gmail Android and iOS Application.

Google has recently launched a new feature called “Dark Theme” which is also known as Dark Mode for Gmail apps for both iOS and Android. If your application is up to date then you will be able to turn on dark mode in Gmail.

But in case if you’re using an older version of Gmail app on Android or iOS then you have to change the settings manually, this is why we recommend updating your application as soon as the latest update comes out.

Steps of how to turn on Dark Mode on Gmail;

These steps mentioned above only works for older versions of the Gmail app for iOS and Android. And will soon work after the latest update from Gmail app.

Above all, if you own a google pixel phone, Gmail will automatically turn on dark mode if your phone goes on battery saving mode. Google released this feature for Pixel Phone but after 15 days, this new feature will be automatically added for both Android and iOS Gmail app.

Don’t worry if you don’t spot a dark theme in your Gmail app as of now, it will appear soon after the release of newer version of Gmail app after that you will be able to toggle it on or off.

A huge number of applications are getting the dark mode these days including Facebook messenger, Twitter, and much other application. The reason behind introducing Dark mode as told by Google last year that dark mode for OLED displays plays a significant role and improves battery life.

As per Google explanation, Google Maps has saved 63% battery when dark mode is turned on as compared to Google Maps ran on normal mode.