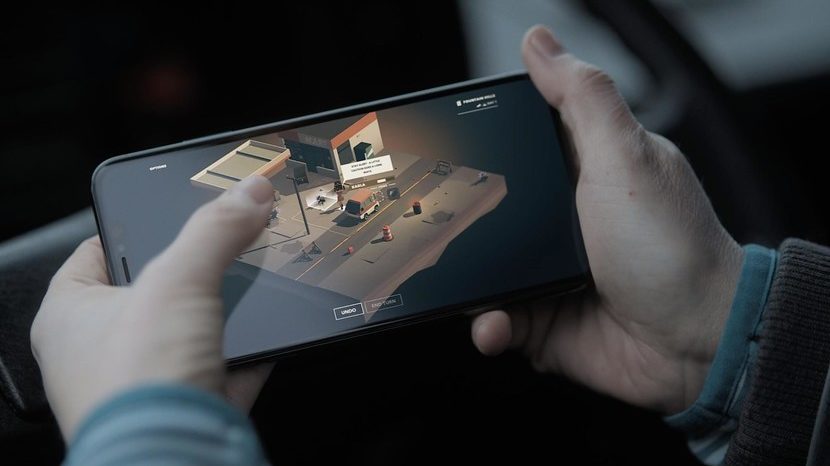 Apple Arcade, the on-demand gaming service for iPhone and iPad is available. You do not know where to start? Here is our selection of the best apple arcade games for you.

While some rely on cloud gaming to bring a catalog of games interesting on mobile, Apple has opted for a more customized solution: the game on-demand subscription. Like a Netflix, Apple Arcade offers a subscription of 5 euros per month to access a unique catalog of games, available all the time. These are not in streaming, but rather to download so that users can access it even offline.

Dozens of games can be downloaded at the time of writing these lines and others will be added over time. If you do not know where to start, here is our selection of the best games from Apple Arcade after having tested more than forty. Of course, the other games of the service are not to be ignored, but be sure that you will find here only the cream of the crop.

1. Oceanhorn 2: Knights of the Lost Realm

Oceanhorn 2 is, as its name suggests, the second part of the Zelda-like Cornfox & bros. released in 2013. He abandons graphics in 3D isometric to opt for real 3D, recalling in his style Zelda: Skyward Sword (or Breath of the Wild to a lesser extent).

The title recounts “  the end of the world in the kingdom of Arcadia  […] the tragic tale of two eternal souls  ”. You play a hero on an adventure to find a safe … but things will not go quite as planned.

This is certainly the flagship game of the service at the moment, but beware: the controls are not necessarily obvious at first (it’s better with time) and it is thought of as a title console, so it is better to have a moment before you when you start a game.

What the Golf is not a game that is particularly expected on a paid service, but it adapts perfectly to mobile platforms. As the name suggests, this is a golf game, a little particular.

Difficult to talk about this game without spoiling the surprise, but we can say that it is certainly the game the most dubious awesome since the invention of Katamari Damacy.

Assemble is the new game from the Ustwo Games studio, known for the Monument Valley saga. Here, no silent princess to bring from point A to point B, but a more down-to-earth narrative concept where we follow the peregrinations of a woman through the small services that she can render on the right to left. The common point of all these services? The repair.

Disassemble, find the fault, change the parts, re-glue and make the devices become functional again. It’s relaxing, fun, original and makes you want to quickly take the next step.

Cat Quest 2 wants you to live an exceptional “chatventure”. The kings of the prophecy are back! As they struggled to find out which of the two kingdoms deserved the ancestral blade, cats and dogs finally broke the object of their lusts. Generations later, the heroes are back and join forces to beat King Leonis.

If the touch controls are not always obvious, Cat Quest 2 is a real treat for RPG, both for its mechanics of gameplay and for its cute universe full (play with the sound, the meows are adorable).

For those who prefer narrative adventure games, it’s time to turn to Mutazione. It is a soap opera in a dark universe filled with melancholy … and humor.

The game begins with Kai – or Shrimp, or Grasshopper … it all depends on who’s talking to him – a young woman going to Mutazione at the bedside of her dying grandfather. Then begins an epic full of mutants and extraordinary stories.

For fans of XCOM and other turn-based strategy games: Spaceland is here to give you your favorite sensations on your iPhone or iPad. The scenario is not very innovative: during a routine mission in space, you detect a distress signal. When you “ask” to see (and after recovering consciousness after the crash), you discover a colony devastated by monsters them not very original.

If Spaceland is quite conventional, it is still very nice. By taking again what works, it could not be otherwise …

Do you like to dig your head? Do you like low-poly graphics   ? The Enchanted World is for you. You play as a little witch who will have to fight away in a world full of pitfalls. For this, it has a magic wand (the branch of a tree in reality) that allows him to move certain elements of the decor. But be careful, moving one is not without consequences for others.

If you like teasing games, you’ll be thrilled. Attention, however, the puzzles quickly become difficult.

After Jungle Run and Fiesta Run, Rayman returns on mobiles, still in runner sauce, in Rayman Mini. The formula has not changed. Rayman advances without stopping and the player controls only his jumps, his hovering flights, and his punches. The goal? Reach the end of the level by recovering, if possible, the 100 Lums that are hidden there.

Always as simple in principle, always as well executed by Ubisoft. Of course, you have to like the runners and maybe have a touch of nostalgia to have fun to repeat the levels several times to unlock all the available outfits.