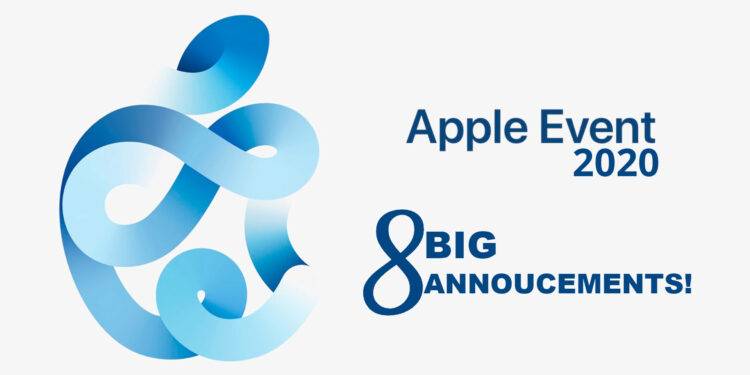 Apple Event 2020 came up with lots of announcements that starts a new era in the world of Apple. Here are the 8 products and services announced in the event.

Apple Watch Series 6 will have the feature to track your Blood oxygen levels. Which is very beneficial in detecting pulmonary and cardiac maladies, which includes predicting the Coronavirus. The company has also said that their device can be used for medical studies as well.

How much Apple watch series 6 cost?

It costs $399 and it is live for Pre-Order today from Apple website.

Apple Watch SE is the affordable watch that comes with a $279 price tag. It comes with an S5 (last-gen) processor, offering the latest sensors with thinner bezels. Although it doesn’t have a blood oxygen sensor and ECG capabilities which Series 6 have.

Although Apple Watch Series 3 is on sale for $199 as well.

3. No more charger in the box

All Apple devices will be shipped without the charger in the box. At first, the charger will not ship with Apple watches.

The major reason why people buy Apple Watch is for its fitness feature. Apple is taking this to next level by introducing Fitness+ Subscription. It will allow subscribers to watch videos of fitness, get the best fitness advice from world’s best trainers, this is a direct competitor to Peloton.

How much Apple Fitness+ Subscription costs?

Apple is a bundled service that include Apple Music, Apple TV+, iCloud Storage and Apple Arcade and more:

Apple One is scheduled to launch in 2020 in 100 countries. launches later this year in over 100 countries. It is currently available in the UK, US, Australia, and Canada.

Apple has announced 10.2-inch iPad in Apple Event 2020 having the basic design that Apple had for previous iPads.

It has an A12 bionic chip, offering 2 times more graphical power and 40% faster-processing power as compared to previous iPads.

iPad Air’s design looks slimmer and more handly. It comes in different colors, Green, Sky Blue, and Rose Gold, Silver, and Space grey. There is no button as the company made it baseless.

It uses the new A14 CPU that consists of 5nm tecehnology. It is 30% graphically and 40% processing efficient.

Apple hasn’t said anything about iPhone 12 in Apple Event 2020, but they announced the iOS 14, making it available today (16th September). They further released watchOS 7, iPadOS 14, and tvOS 14.

These were the biggest announcements of Apple Event 2020, which announcement did you like? Comment ONLINE ONE announced that you loved the most.