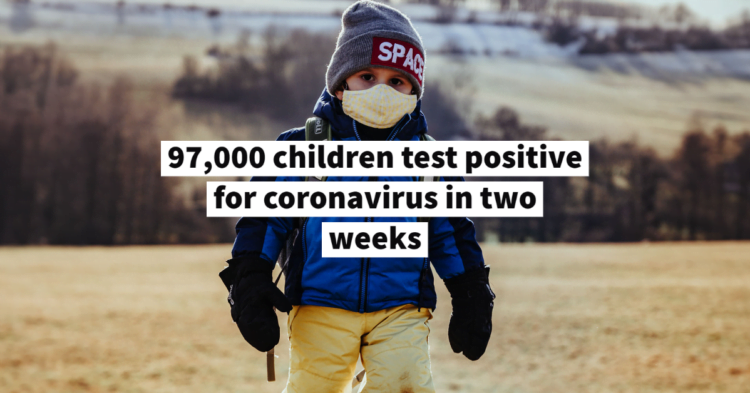 97,000 children have been tested positive for Coronavirus in the last two weeks of July and a total of 338,000 cases have been reported in the U.S. that includes the children test positive since the COVID-19 started, a new study finds.

American Academy of Pediatrics and the Children’s Hospital Association published their findings in the report as schools and daycares have reopened all across the U.S. as New York Gov. Andrew Cuomo (D) announced to open them after the infection rate was lower.

In-person learning has also been promoted in some schools in South including Georgia, although the reports suggested that nine people have been tested positive in that school.

97,000 Children Test Positive For Coronavirus After Opening of Schools in Two Weeks!

There are a number of reports of COVID-19 spreading through summer camps and schools. Axios’ Caitlin Owens, a Medical expert, confirmed Digital Phablet that children play a great role in the transmission of the infection.

People from Latino and Black children have the highest rate of hospitalization.

Morbidity and Mortality Weekly Report by the CDC stated that most cases that include Kids have the are the mild cases, few are known for dangerous infections in kids that require hospitalization.

CDC further said that Kids are less like to be admitted to a hospital from Covid-19 than adults. 1/3rd of the children were taken to ICU due to the severity of the infection.

A study by South Korean medical experts, in July, found that the kids’ ages 10 to 19 spread COVID-19 more than adults.

AP was told by Tina Hartert of Vanderbilt University, who is currently led a Government-funded study to measure the impact of Coronavirus on Kids have also confirmed that she doesn’t know how much the kids can transmit the virus.