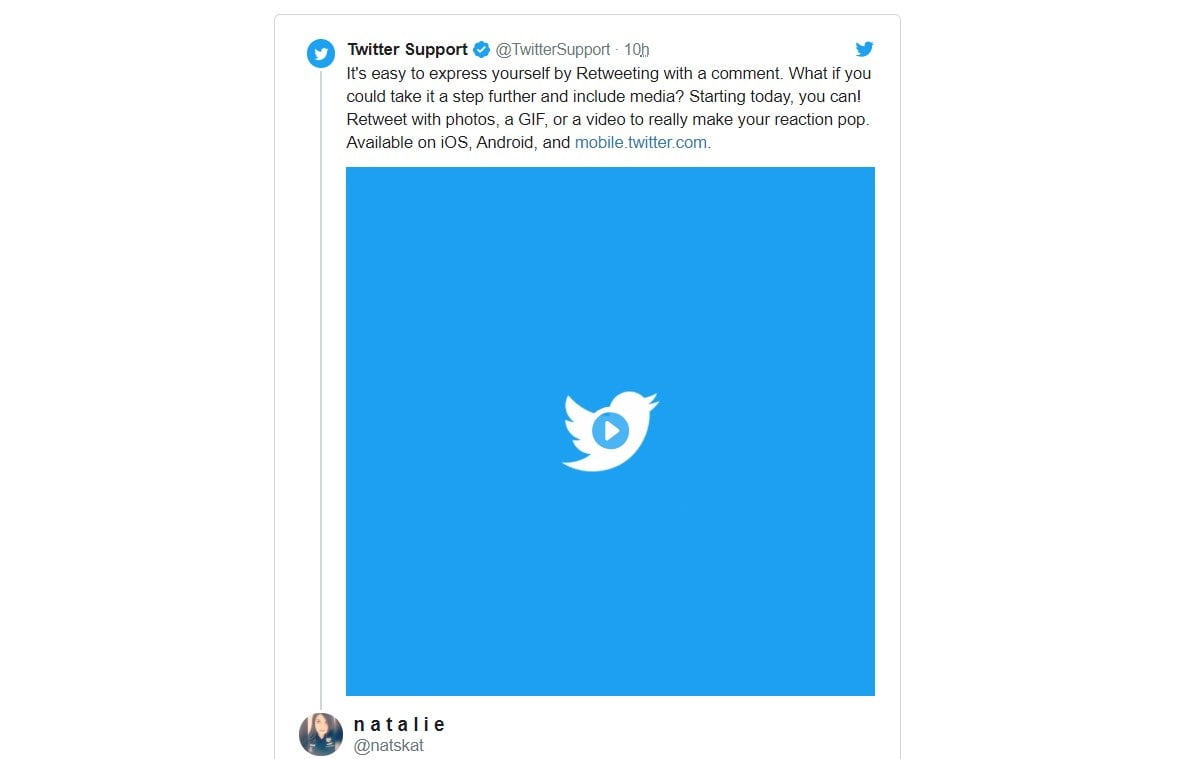 Twitter has finally given a great update to its retweet feature, as now you can add Photos, Gif and videos to your retweets to express your feelings even better.

This might seem a minor update, but this will make Twitter receive a greater impact in a positive way on their platform.

As per analytics, users Retweets double the time they tweet on Twitter. So, this update will allow the users to express more than just retweeting a simple tweet.

Twitter has improved a lot since its beginning. Although we do not receive updates from Twitter as frequently as Facebook or Instagram or Snapchat. But, whenever Twitter drops an update it is always a big hit. Similarly, in 2017 Twitter also multiplied their character limit to 280 which create a great impact in tweeting.

Twitter HQ has announced that teams and collaboration have made this feature come true. Because of this feature, the layout will e slightly change keeping better UI/UX in mind. The change will take place on Timelines, accessibility features, and other Twitter clients.