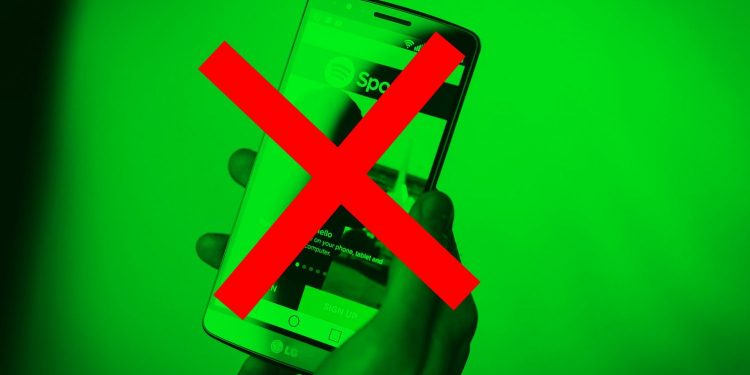 Rich musicians are boycotting Spotify but it’s not economically feasible for every artist to do so, says Open Mike Eagle. Is it true? Let’s find out!

Because of Covid-19 misinformation spread on its popular and exclusively available The Joe Rogan Experience podcast, the past week has seen artists such as Neil Young, Joni Mitchell, Graham Nash, and Nils Lofgren stand up to Spotify and boycott the streaming giant. The protest has been applauded by a lot of people but indie rapper Open Mike Eagle tweeted this different perspective.

“I love Neil Young but I’m not following that crazy rich man anywhere,” he wrote before adding: “what’s the protest option for non-set for life musicians?”

In his tweet, he said that the logic of following in Young’s boycotting footsteps seems convoluted to the point of absurdity. He further added that: “If we’re going to do collective work as musicians to try and affect something, why don’t we start with the low rates that Spotify pays musicians? That affects me more as a musician than whatever Joe Rogan said on his podcast.”

Eagle says that is “a pretty big change from the way things were” when he was earning 90% profits from the $10 CD sold at the beginning of his career, in comparison to earning 003 cents per stream from approximately 120,000-150,000 monthly Spotify listeners.

The Young-Spotify saga has also attracted noise from other genres. Eve 6 tweeted: “our stupid band gets close to a million monthly streams on Spotify. Spotify pays out .003 cents per stream. 100% of that goes to our former label sony who is a part-owner of Spotify. this is why I’m mad.”

There’s more to it!

Eve 6’s Max Collins said that many acts including his band are unable to remove their music from Spotify due to ownership issues with the songs’ masters. Those who can do it worry about whatever exposure they are getting from this platform and the income they are making out of streams.

Even though Eve 6 can not take its music off, Collins says he is “interested in hurting Spotify as much as possible because that is the only way we will ever wrest fair pay out of them”. The band has been attempting to change their profile header on Spotify to “delete Spotify” but this change is taking the platform “an inordinate amount of time … curious for a company taking an ‘anti-censorship’ stance”.

The low offerings for musicians are even more horrible when Rogan is paid an unprecedented amount of money by the streaming service, and allowed to uncritically host anti-vax and anti-trans guests. Despite the growing infamy against him, Rogan is by no means the only source of misinformation in the streaming world.

It’s Different For Every Artist

Jennifer Moraca, a scientist by day and an artist in the band the Odd Birds is a non-binary musician. Moraca admits that pulling the band’s music off Spotify was not as painful a decision as people might think so. The reason being that their albums available to stream for two years only made about $5 which was way less than a single CD sale or a filled tip jar at a concert. In comparison, Rogan’s licensing deal with Spotify is at a staggering $100m.

A Nashville singer-songwriter Katie Pruitt tweeted: “Honestly wish I could take my music off Spotify as a form of protest but my broke ass actually needs the .00331 cents per stream. If you’re thinking about canceling your Spotify membership please also consider buying concert tickets/merch/vinyl ect [sic].”

Jeremy Burchard, the co-founder of both pop-rock band Moonlight Social and a fintech platform called RootNote, praised Pruitt specifically for mentioning in her tweet “the money she gets per stream from Spotify”.

For him, that conversation is “conflated a lot” in his view “and people don’t realize that it’s different for every artist, just one of the many aspects of the current ecosystem that has led to a lot of frustration, confusion, misinformation, and general ennui when it comes to specifically promote your music on streaming platforms.”

Since 2018, Moonlight Social’s earnings have been $7,500 from the master’s side of their music on streaming, and their publishing earnings have brought that total closer to $9,000. Spotify is responsible for close to half of this amount and it sounds impressive until one learns that this is “about half of what Apple Music and Amazon pay us”.

He further added that performing on a platform like the video live-streamer Twitch might drive major revenue for smaller artists. Patreon, Twitch and the merch store his band has created on Shopify provide smaller artists with huge opportunities, he said. “Twitch is about interacting with viewers and providing value by performing and developing community. Spotify is all about volume. Crazy high volume just to get to sustainable revenue.”

Be it Spotify, Apple, or even Twitch, “it’s the same story”, according to Peter Tschmuck who is a professor for Cultural Institutions Studies at the University of Music and Performing Arts, Vienna. What he means to explain is that these are, above all, “important promotional platforms”. He says musicians need these types of services, especially the currently controversial Spotify in order to be heard, hence, the anxiousness around boycotts for so many artists.

But as revenue sources, he stops short of calling the platforms “unfair, but it is uneven”. And because there are so many complex variables in the division of such revenue like publishing and distribution, massive cuts for the platforms and labels, greater sums for artists who own their copyrights than those who do not. Tschmuck says the debate should be as complex and is likely to remain ongoing.