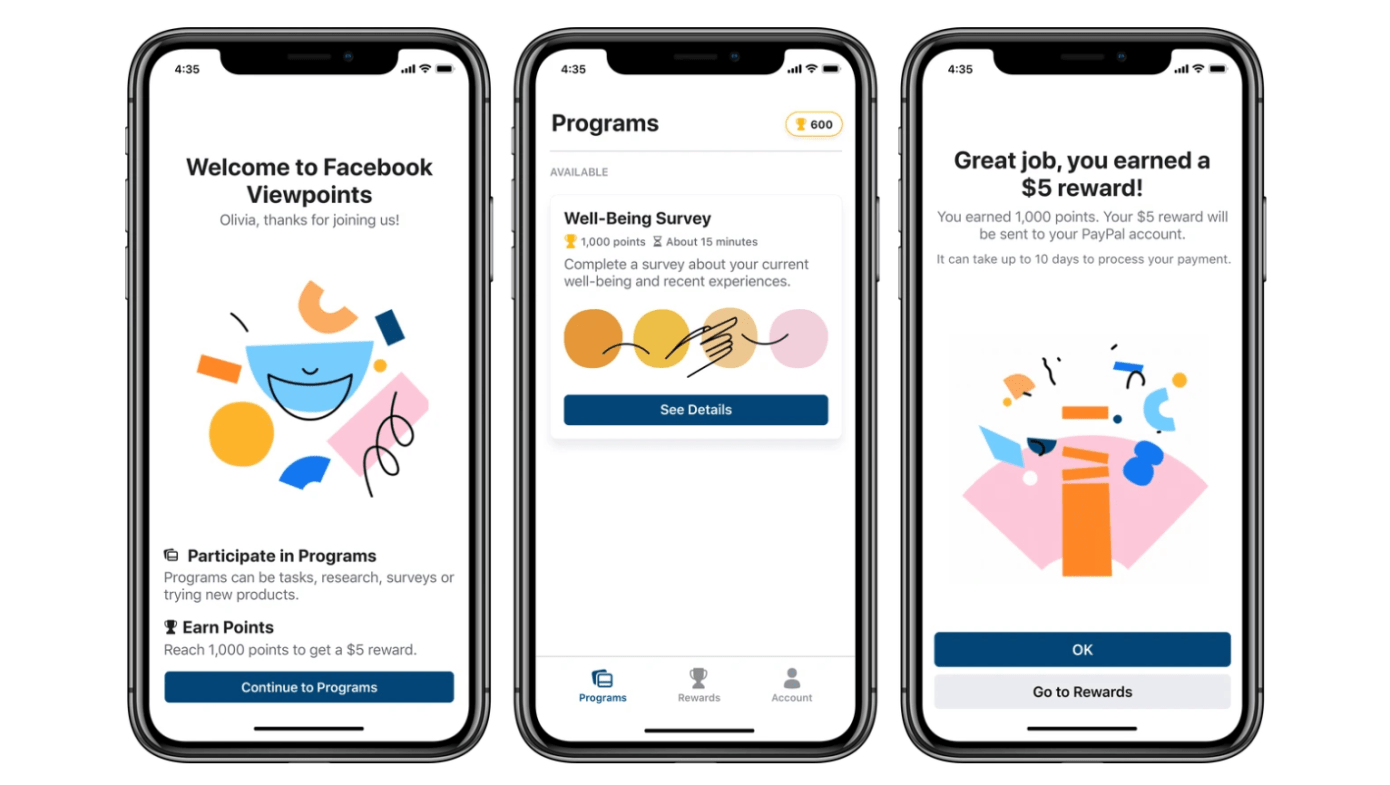 Facebook will now pay users $600 for completing surveys of it’s newly released Viewpoints app which is introduced to get opinions out of users.

This application will allow users to participate in market research, beta programs and surveys, a person will be earning over $600 a year.

The reason for this app is to gather the information directly from Facebook users to enhance the performance of Facebook-owned products that includes Oculus, Portal, Whatsapp, Facebook, and Instagram.

Facebook Product Manager, Erez Naveh, said that Facebook has released Viewpoints, it is a Market Research app. The main reason to introduce this app is to enhance data reporting and fixing the issues which customers directly addressing us in surveys.

Facebook will pay this amount through PayPal after reaching a desired goal in the app. The user has to get high levels of tasks and surveys before they can redeem it.

A user should be at least 18 years old or older to start earning through this app. It is being initially launched in the United States and will soon roll-out to the other parts of the world.

Each survey will take about 15 minutes to complete and will consist of 1000 points and 1000 points is means you will be earning $5 in just 15 minutes.

This app is available on both iOS and Android. You can grab this application right now to start earning by giving your opinions how you feel about Facebook products and what you think should need improvement.

This is a great initiative by Facebook to reward the users for judging their platform, it will push Google to go for something similar after showing a great amount potential in this marketing strategy.

Have something to add? Feel free to drop your precious views in comments below.