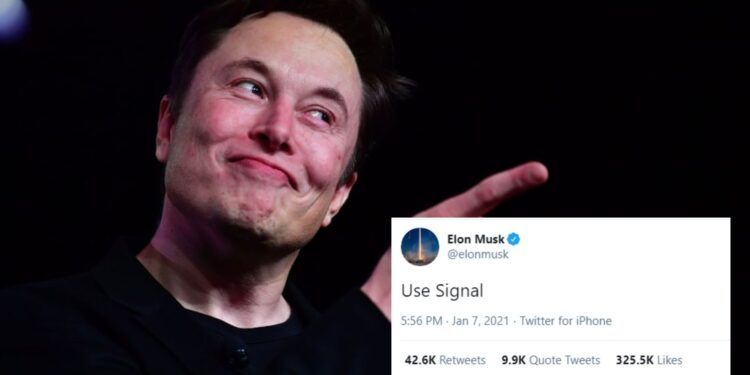 In 2018, Musk removed his own personal Facebook page but those of his companies Tesla and SpaceX. Although His take on the long battle between Whatsapp and Signal is not off base.