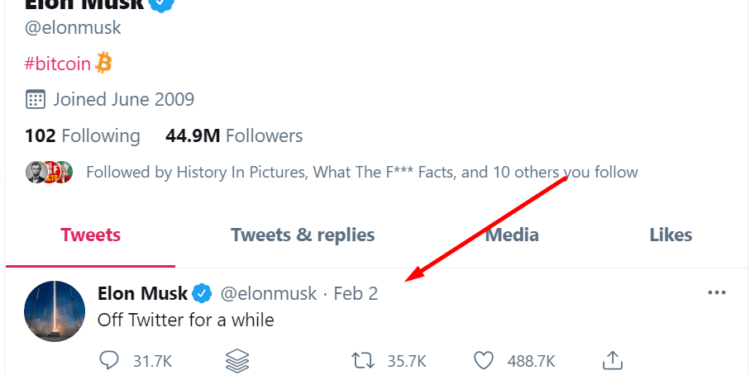 Is Elon Musk leaving Twitter? Yes! Elon Musk is an active user of Twitter; on February 2, he announced that he would be leaving the social media platform for a while.

It is still not clear why Elon would leave Twitter. The move comes after his recent tweets created a stock market frenzy triggered by Reddit traders.

SpaceX and Tesla CEO have an enormous social media presence. His tweets have shifted paradigms for the technology market in recent years.

Signal was made one of the top downloaded app on Apple’s App Store and Google Play Store in just three days.

Recently, he added #Bitcoin to his Twitter bio, which caused a surge in the Bitcoin rate, showing a 15% increase. Gamestop shares also have risen by 56% after his tweet.

Elon Musk is currently one of the most influential personalities on social media. He also surpassed Jeff Bezos to become the world’s richest man.