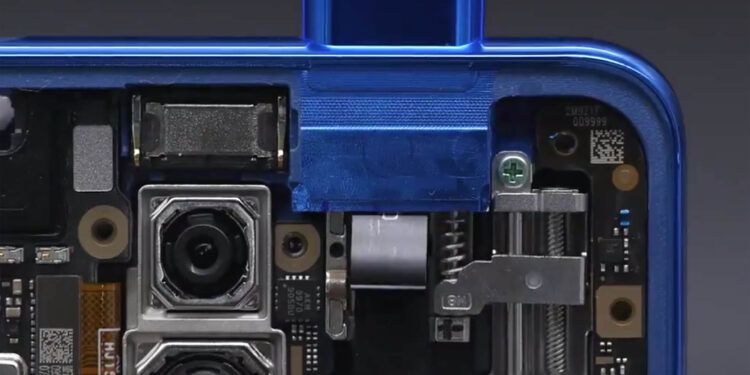 Recently, Xiaomi has filed a patent for a detachable camera smartphone that features a removable rear camera module. Now the users will be able to remove the rear camera and swivel it around and can also place it on the front.

As the technology progresses, the designs of phone cameras are getting more and more intensive. The latest patent from Xiaomi is the proof of this.

Xiaomi could be working on a detachable camera smartphone with a rear camera module with more than one lens. This new module will detach itself from the phone camera’s backside and be used as a front-facing camera by placing it on top, According to a patent filed at the world intellectual property organization.

A removable rear camera module will use a magnetic suspension for fitting itself back, as stated by Digital Phablet. Experts at Digital Phablet, Maggie Chan, speculates that it will add a wireless transmission module, magnets, and others. At the same time, the exact mechanism is not precise right now.

There may be a degree of over-engineering engaged with this patent, as some users may find themselves thinking. The front-facing camera notch has been a source of trouble for the manufacturer. They search for clean and uninterrupted display. Are the users so disturbed by a camera that they would suggest manually move the module from the back to the front.

Anyway, it does not necessarily mean that we will see this technology further in the market just because we have seen a patent from Xiaomi. However, Xiaomi is searching to find the best possible way to remove the front-facing camera notch. No matter if it is through a removable camera module or an under-screen camera.

Recently, the phone had surfaced on Weibo, having a sizeable display crease running through the middle. The Xiaomi foldable looks to be running on MIUI 12 and has a storage of 256GB, but it’s impossible to disclose the phone’s hardware through leaked images.