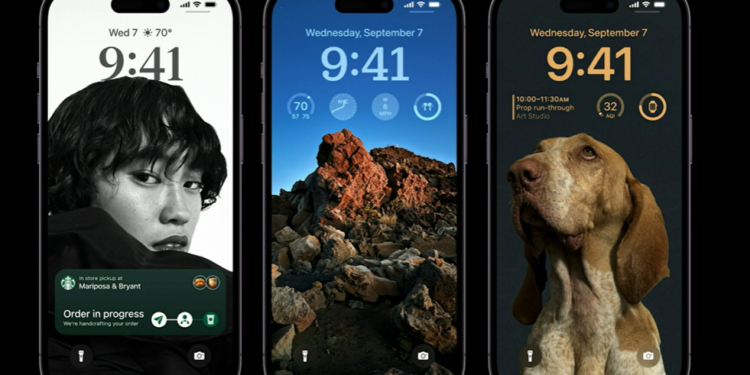 Apple iPhone 14 is finally here! With updated pricing and some great features for you to focus on.

It is officially confirmed news of the existence of Apple’s next smartphone, the iPhone 14. To give some credibility to the buzzing rumors on the internet, top Apple analyst Ming-Chi Kuo reckoned the iPhone 14 release line-up will feature a total of four devices including two ‘Pro’ models that will be upgraded versions.

iPhone 14: What Is The Release Date?

Last year, the iPhone 13 series broke cover in September. Apple generally favors the first or second Tuesday of September, iPhone 14 came out on 7th September 2022. It is to be kept in mind that the iPhone 14 Pro max has a lot more expensive with an upcoming camera overhaul, resulting in increased costs.

Pricing for the iPhone 14 series is a no-brainer neither would it be surprising. Of course, given economical changes and market trends, our guess has finally come true as it is priced $999 for the basic version. But generally, the only price hike we are expecting is for the Pro models.

The iPhone 13 debuted in the UK at £20 less than its predecessor iPhone 12. It might as well be wishful thinking but we have our fingers crossed for the downward trend to continue. All said, the iPhone 14-series could have these price tags once they are announced:

iPhone 14: What Is The Possible Name?

Moving on to the specs, we start with the most basic one: The Name. Apple has been introducing the new iPhone with monikers like X, XS, XR, Pro, Pro Max, etc, depending on the technology it releases. It looks like Apple’s future iPhone 14 will stick with the same standards. Here is a look at Apple’s name releases to date:

iPhone 14: What Is The Possible Design And Display?

FrontPageTech‘s, Jon Prosser, a respected leader of Apple news, published a variety of renders with a hint that the next Apple phone may feature “titanium edges”, which is going to be the toughest iPhone design yet. Noted Apple watcher Mark Gurman also weighed in that iPhone 14 is in for a “complete redesign”, adding that the 5.4-inch iPhone Mini may almost certainly be dead and buried, for good. Here’s our guess at the iPhone 14 family lineup:

Moreover, if you are fed up with Face ID failing to recognize you with your mask on, there’s talk of “Touch ID” making a return next year with the iPhone 14. LeaksApplePro reckons it is currently being tested on the iPhone 14 Pro lineup.

CEO of Display Supply Chain Consultants, Ross Young, has made the most informed prediction so far in September 2021, He tweeted a detailed graphic that appeared to reveal the display specs of iPhone 14 in full. Here is a quick summary:

The Elec is claiming that at least one of the four iPhone 14 smartphones will stick with a 60Hz LTPS panel (the standard one obviously). As with the iPhone 13 Pro and iPhone 13 Pro Max, that does raise the possibility that three of the devices might get 120Hz LTPO panels.

iPhone 13 may have been “the most powerful iPhone yet“, but Young suggests it will soon be replaced as such by the iPhone 14 or one of the smartphones of its series.

The device is expected to feature Apple’s very own A16 Bionic processor, one of the first 4nm chips on the market. Users can expect a serious power boost as compared to the 5nm A15 Bionic chip in the iPhone 13. Apple’s chip supplier TSMC is said to have switched to a game-changing 3mn chip in 2022 (MacRumours).

It is safe to say users can now expect smoother graphics, more swift responses when they make a gesture, and more detailed 3D maps. Although the ongoing global chip shortage thanks to the pandemic have slowed down the production of literally everything from gaming consoles such as the Sony PS5, to even cars and smartphones. This may push Apple to stick with a 5nm chip.

For Storage, we’d expect Apple to have the same options as the iPhone 13: a standard 128GB for the entry-level devices, and up to 1TB for the Pro handsets. A 2TB of storage with the 2022 Pro models is also in the talks, but would it sell enough 2TB handsets to make it a worthy production? We’re not so sure.

With so many revamped features, it also makes sense to power up the battery too. The iPhone 13 lasts two and a half hours more than the iPhone 12, so it is expected iPhone 14 will see another decent increase in power.

Finally, the iPhone 14 Pro or Pro Max might be portless. Still, according to Jon Prosser, the tipster reckons Apple will stick with Lightning Ports way until 2023.

iPhone 14: What Is New With Its Camera

John Prosser suggests that the iPhone 14 Pro, Max, and Pro Max are expected to feature a triple-lens camera. The standard iPhone 14 will be fitted with a dual-lens shooter but the most exciting changes will be expected to appear in the spec sheets.

Ming-Chi Kuo, a known Apple analyst, reckons Apple will boast the iPhone 14 Pro handsets with a new 48MP main sensor which might be a huge leap from the older 12MP sensor on the iPhone 13 Pro.

Kuo also says the improved sensor is very much needed because “the best resolution for augmented and mixed reality is 8K to 16K”, which ties in nicely with the rumor-making rounds that Apple is launching a mixed reality headset in 2022.

Kuo is also sure that all four iPhone 14’s will support the 8K video recording which will be a first for Apple. Samsung already released two smartphones that support the 8K recording (Galaxy S20 and Galaxy S21), so Apple has fallen behind in this respect already.

Last but not the least, the iPhone 14 Pro models might come with a periscope-style zoom feature. Apple has already patented this technology (PatentlyApple) which allows the lenses to be stacked horizontally instead of vertically. This makes for a much longer zoom range. Again taking the lead, Samsung’s Galaxy S21 Ultra boasts a 10x optical zoom, so it is technically not a new feature to hit the smartphone market.

The iPhone 14 will allegedly support 30W fast charging, marking Apple’s first move beyond 20W. With the proper power adapter, iPhone 13 handsets appear to be capable of unofficially charging up to 27W.

It has also been rumored that most of the new iPhone 14 models will come with larger batteries than their predecessors. Adding faster charging could make battery anxiety a thing of the past.

Deals will be updated here!

While everything there is on the internet regarding the iPhone 14 and other smartphones is still a load of rumors, there is still a long waiting time to be sure what Apple might roll out for its customers.

We will keep this space updated with the latest iPhone 14 news for you, as and when they come into the picture. Let us know if you have heard of any concrete news regarding this flagship series in the comments below!

When is the iPhone 14 coming out?