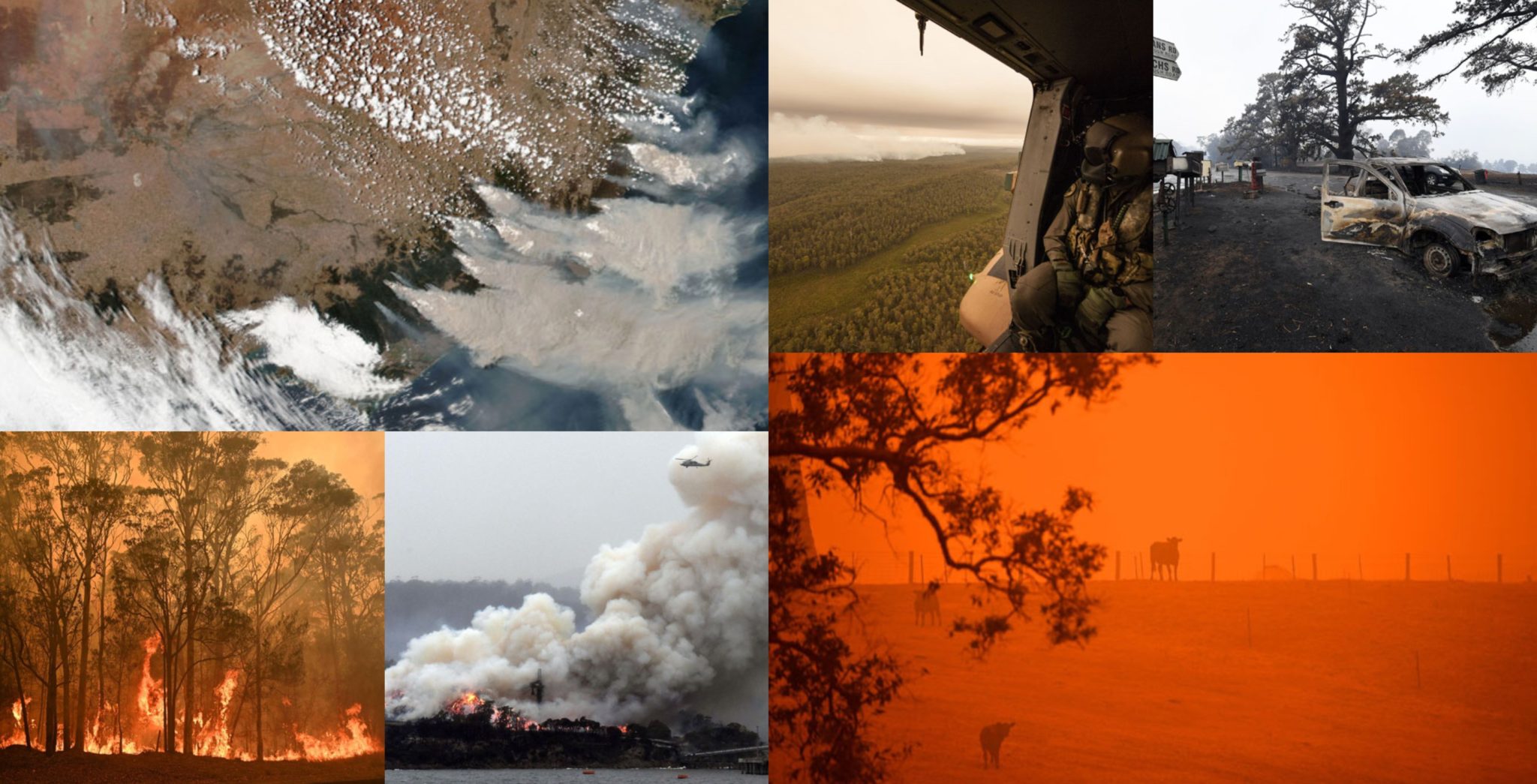 The huge Bushfires in Australia got to spread Southeast Australia becoming a month-long crisis. It killed the native animals of around half a billion in the state of New South Wales, 20 more death was reported and over 100s of properties got destroyed.

Throughout this vast nation, millions of stressed residents hardly managed to move away from the causes of the disaster which, as measured, prevailed for months and disturbed normal life.

Bushfires are known common to appear in Australia in its dry summers. Climate change has also changed the sea and land temperatures and bought extra hot days and acute fire months.

An image is provided by NASA’s satellite on the 4rth of January revealing the wildfires in New South Wales and Victoria.

This wildfire catastrophe took a very massive charge by demolishing over 1500 homes throughout the crisis season. The fire is known to be running since September as stated by the Government.

Acute situations are prevailing within these few days, as the continued blaze is moving with a speed on the Kangaroo Island by getting 170,000 hectares.

It is a one-third portion of the Island. From January 3rd, it is known that Kangaroos moved to the nearest residential areas present inside the state to stay safe from the fire which has already killed half of their population.

A minimum of Australia’s half Koala population who for the future animals are the key insurance are feared to be badly injured, according to the rescuers.

The state Government mentioned that Koalas, having Chlamydia free characteristics, cannot be detached from relevant Islands. They also added that Koalas were being rescued and treated on-site by the veterinarians.

More than 3000 firefighters took place on the frontline and 31 specialist based teams got placed around NSW.

The military forces of the country also assisted through aerial inspection, searching and rescuing, mapping, logistics and also provided aerial support for over months.