Twitter's decade-old relationship with the Mumbai-educated CEO has ended 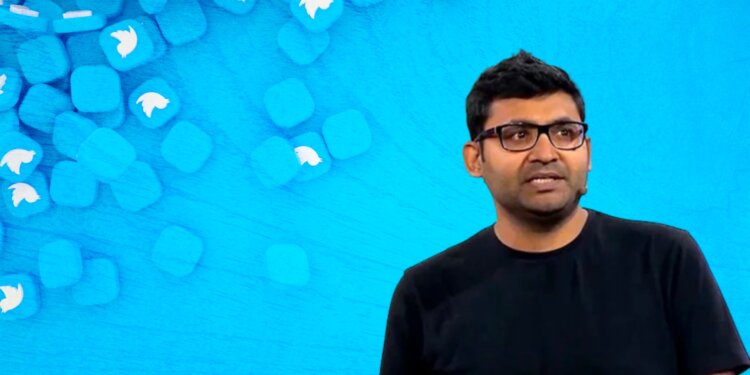 Everyone might be feeling sorry for Parag for losing his job. Still, in reality, Parag is over the cloud for getting a whopping $38.7 million in settlement from Twitter after Elon Musk fired him, increasing his net worth immediately.

The tech billionaire Elon Musk confirmed Friday that he would buy Twitter using his funds. After acquiring Twitter, he immediately fired top executives of the company right away.

During his career at Twitter, Agrawal has had a reasonably storied journey. The IIT-Bombay x Stanford graduate began his career with Microsoft and Yahoo! Before joining Twitter in 2011, he had a half-completed Ph.D. in hand.

Not long before, he worked on artificial intelligence projects designed to analyze user data and push advertisements to users, resulting in millions of dollars being generated for the company.

What is the amount of wealth that Agrawal has accumulated for himself? Let’s examine this issue in more detail.

As a result of his short but impressive tenure as Twitter’s CEO, the company’s revenues increased by 17.45% – excellent numbers that enabled him to receive a one million dollar salary each year. Additionally, he received a performance bonus of up to 150% of his base salary – another $2.5 million in compensation.

However, the termination contract he has negotiated is more critical. Agrawal will receive the largest payout of $38.7 million out of the total $88 million offered to Twitter executives fired this week because his shares will be fully vested upon termination.

As a result of these shares, he has an approximate net worth of about $50 million, representing a nearly 1500% increase in his value over the last year.

What is Agrawal hoping to pay for?

Since the amount of wealth that Agrawal has amassed has multiplied massively over the years – perhaps because Agrawal has in the past taken a somewhat laissez-faire approach to handle Elon Musk’s takeover plans – it is fair to say that Agrawal can do what he wants when it comes to Elon Musk’s plans.

However, his nature is not one that sits around and bides his time. There are several examples in Agrawal’s career of deep research into AI, data management, and other related fields, which are all expected to be highly lucrative in 2022. His leadership of Project Bluesky – a small team established by former Twitter CEO Jack Dorsey to set up a decentralized social network protocol – is exciting.

Agrawal’s interest in the field may lead him to use his newly acquired funds to spearhead new companies – perhaps utilizing his research experience for some of the largest technology companies in the world.

Following the firing of Agrawal and some of his employees, Musk – recently embroiled in a rumor suggesting he may fire 75% of Twitter’s workforce – sought to reassure followers.

Musk posted a message on Thursday that he reassured advertisers that social messaging would not have a “free-for-all hellscape with no consequences!”

According to Musk in a message, “I acquired Twitter because it is crucial for the future of civilization to have a common digital town square where a wide range of beliefs can be discussed healthily without resorting to violence.”

“Social media are currently at risk of splintering into the far-right wing and far left-wing echo chambers that generate more hate and divide society.”

Prices will increase for Spotify users in the EU and US