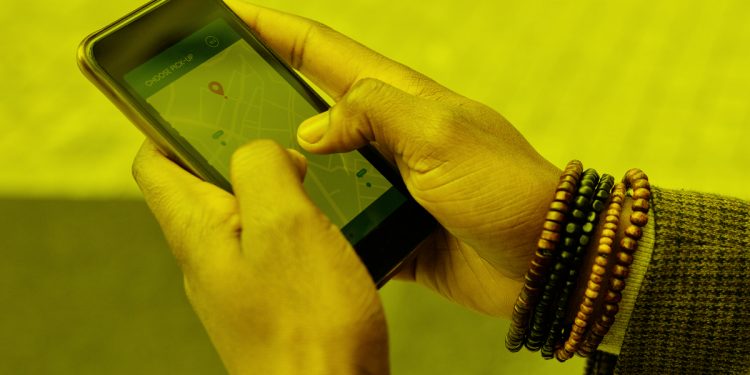 Man looking for nearby pin on his smartphone. Photo via Befunky

Since the Russian invasion of Ukraine last week, the whole world has been glued to the news and praying the inevitable nuclear war does not happen.

Western countries have even imposed sanctions against Russia and shared weapons, battle gear, and supplies with Ukraine to stop the procession.

Even the tech giants rushed to Ukraine’s aid, including Google, as the company shut down the Google Maps‘ live traffic features, which help countless users. Using several data points to determine traffic conditions in real-time, the live traffic feature picks the best route to any destination.

However, in the case of this war, the feature has been abused and used to put people in danger. Since everyone has access to the data, it was used to determine unusual traffic patterns, indicating the probable movement of troops. The Google data did not necessarily come from soldiers who might have forgotten to turn off their smartphones. Hence, Google decided to shut it down to protect Ukrainian citizens.

For instance, Jeffrey Lewis, an open-source intelligence (OSINT) expert and professor at the Middlebury Institute, said he observed the movement of a Russian forces’ column very early on February 24th using the Google Maps live traffic. “I think we were the first people to see the invasion,” Lewis said. “And we saw it in a traffic app.”

Before turning off this possible service, Google consulted with sources like the regional authorities in Ukraine. The company said that Google Maps live traffic information will remain available to users who use turn-by-turn navigation inside Ukraine. The tech giant has also decided not to allow Russian state media to run ads on YouTube and Google. Moreover, Google has blocked access to Russian state media’s YouTube channel in Ukraine.