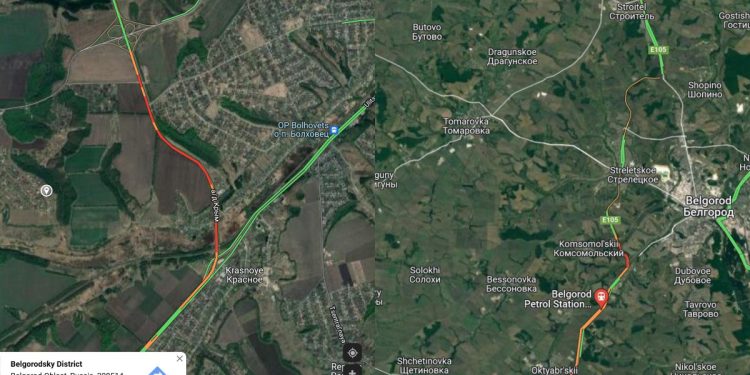 Jeffery Lewis is, a nonproliferation professor at Middlebury Institute of International Studies in Monterey, California, spotted a traffic jam at 3:15 am Russian local time on Thursday.

He instantly took screenshots and shared them on his Twitter;

The jam can be seen outside of Belgorod on Google Maps at 3:15 am Russian time and at 6 am, Putin ordered to invade Ukraine.

Google collects real-time data through smartphones via the Google Maps app, which sends signals showing us where the traffic jam is. So, this means the Russian military who entered Ukraine had been carrying cellphones with Google Maps in them.

Usually, during military missions, the use of smartphones is strictly prohibited. Still, one possible reason for using smartphones would be to see where they can get the clear road to Ukraine.