Girl Goes Through Eye Surgery After Excessive Use of Smartphone 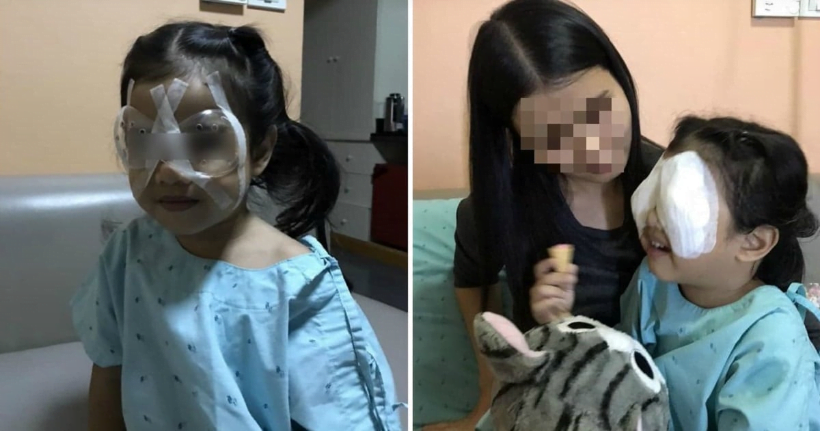 A 4 years old girl had to undergo critical eye surgery after using a smartphone for a longer period throughout the day.

Many kids can be these days observed indulged in tablets, mobile phones, and gadgets, due to technological innovations.

Nowadays, parents take the help of electronic devices to preoccupy their kids from being bored or cranky. It is observed highly in the houses of busy and working parents. It is suggested that the usage of these gadgets must be limited.

According to a recent report, a father kept his 2-year-old daughter preoccupied with a Smartphone so that he can work. As soon as she became 4, she got fully addicted to the device and also gained eye issues. She thus gained “lazy eye” which caused her to have eye surgery though she used to wear eyeglasses for preventing eye issues.

Also known as Amblyopia, a lazy eye gives highly decreased eyesight which cannot be balanced with the glasses and doesn’t appear through any eye problem. Our brain isn’t able to recognize the pictures observed, apparently. The father has also uploaded a post on Facebook where he warned parents about the consequences regarding the usage of electronic devices for younger kids.

Instead of being improved, her sight slowly got degenerated when Dachar’s daughter started wearing eyeglasses, requiring eye surgery. He learned that the uncontrolled and excessive use of the Smartphone, made his daughter reach this condition. She is now able to utilize both of her eyes.

Dachar is advised by the Doctors to set a ban on her usage of these electronic devices and even on watching television. Moreover, kids are mentioned not to have screen time for more than 2 hours a day. And for the children ranging between 2 to 5 years of age, it is advised by the experts to shorten the time to 1 hour a day.

There are more things that can cause great health damage such as VR can blind you as well as Airpods can cause cancer!

The Scope of Digital Marketing in Pakistan – 2022 Edition

The Scope of Digital Marketing in Pakistan - 2022 Edition