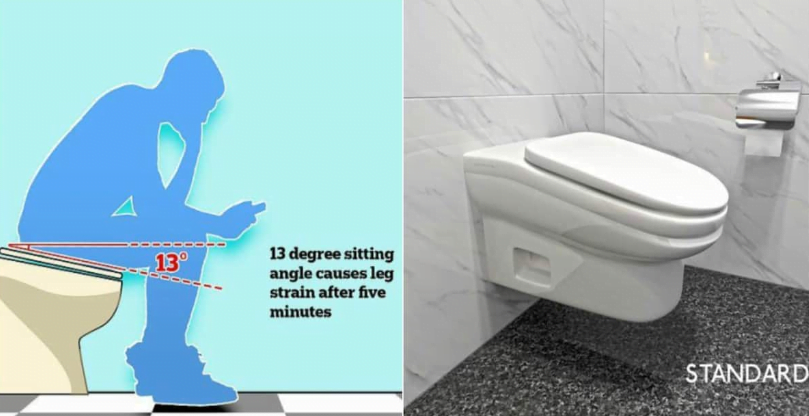 A regular employee is well aware of the fact that a bathroom is not only for visiting when nature calls. For most of them, a washroom also provides them a place to hide if any of them wishes to have a break from the office grinding. They even just lock themselves in the toilet to have peace, for a few minutes.

However, if the toilet seat design is similar to what the UK based startup organization has designed; the cubicle will no longer serve as the hiding area for the employees. Their “StandardToilet” contains the forward slope of 13 degrees. It may create leg strains for those resting or sitting for over 5 minutes.

It is predicted that only in the UK, longer employee breaks overheads commerce and industry an estimated amount of 48 pounds per annum. Our competitive Patent Application, which is applicable in the UK and also worldwide, serves the chance to maximize the business profits and efficiency through decreasing social media practice, as shared by a press release concerning the standard toilet.

The organization also pointed out the old designs of the toilet seats being horizontal and providing everyone ease in terms of sitting and staying in the toilet for more than the necessary time.

However, they further claimed that it won’t be enough to create health problems for the users. Their new design, StandardToilet, was even promoted by the non-profit BTA (British Toilet Association). Apparently, it was created to develop the toilet experience as rough as possible, which appears to be highly unjust for the people having genuine bowel issues. Thus, people headed towards social media sites to raise their complaints.

The organization also quoted the other advantages of utilizing their StandardToilet, let’s say, decreasing the washroom lines in the Shopping Malls and the Train Stations and, alleged lessening in the risk of hemorrhoid resulting with longer sitting in the toilet.