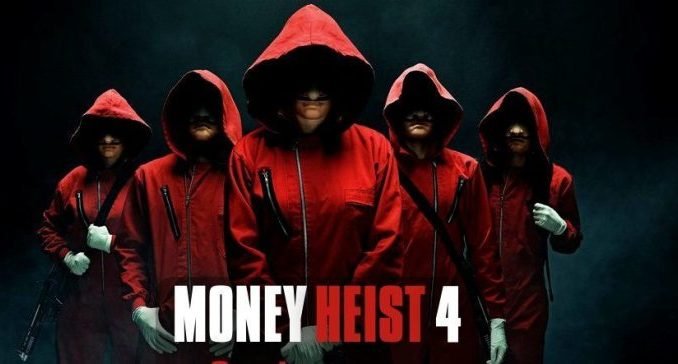 Money Heist Season 4 is on Netflix, many of us have also binged- watched it, including me. It is one of the most trending and successful shows in the history of Netflix and the media industry.

Everything has a draw back, including La Casa De Papel Parte 4 too. Here are the major loopholes I found in Money Heist’s Season 4.

This was indeed the biggest loophole where you can see Tokyo operating Nairobi, cutting off a piece of her lung and taking the bullet and that piece out, and that was done over a video call.

If you see medically, such surgeries aren’t a “piece of cake”, these are done by surgeons, not by someone leading a heist or someone who has never stepped into a medical school.

Later, showing that operation a success is literally what I found the major loop hole.

During the fight with Gandia, we saw Gandia wearing a bulletproof vest and proper assassin’s clothing to fight the Professor’s gang. After getting caught into the fight, there were 5 people (Denver, Rio, Palermo, Helsinki and Stockholm) shooting at Gandia and guess what, none of their bullet hit his head, leg, the toe or the arm, which was obviously not bulletproof!

Why would the writers would do such thing so dumb? Why made him another terminator?

How come he was able to get the pills? Why didn’t that guard see him, when he was the most annoying person you could ever meet in the heist? How can anyone in grave danger is capable of doing this stupid thing? And why did the guards never found out he was doing it?

Believe me, it was the most stupid ending for a great character. The rest of the characters “again” had enough time to open fire to his head, arm or toe, but guess what, they waited for him to kill Nairobi, still, no shots fired, he got away with it. LOL!

Literally, the most stupid part, a guy brings a military helicopter in the middle of the city, drops a wanted criminal and goes off, without being detected, which is not possible as Spain’s radars are strong enough to detect any aircraft or helicopter enters a sensitive territory.

So this is it, if you find any loopholes in the Money Heist season 4 story, do share it with us.