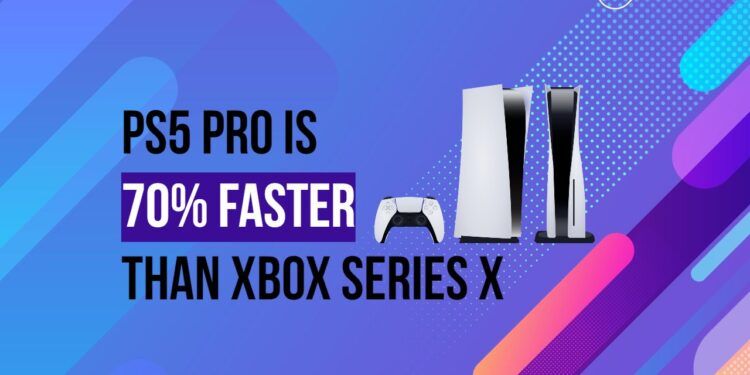 When standard PS5 came out, it showed significant performance compared with the PS4 Pro and Xbox One X, But on comparing it with Xbox Series X, it is found to have a little edge over the PS5.

Sony is gearing up for their latest console PS5 Pro, having 70 times more power than Xbox Series X, is termed as “Xbox crusher.” Xbox Series X might be a little better than PS5, but it didn’t show any significant results; it was mere few seconds of difference.

But with PS5 Pro, it will be the end of Series X/S, as Microsoft hasn’t shown any signs of an upgraded version of their next-gen consoles.

The release date hasn’t been given for the console, neither Sony has made a formal announcement. The configuration mentioned in the patent filed by Sony to launch their new Playstation hardware shows that it can easily dominate the gaming world.

Improved Hardware is 50% faster than the standard version

If we compare it with the standard PS5, which has a single GPU, PS5 Pro will have double the power of PS5, it will be like having the power of two in one, which comes with a higher price tag.

There are also rumors that Sony will come up with a PS5 Slim, which will be more similar to the Xbox Series S. It will be a direct competitor. It will be cheaper than the standard console but will show great performance in the affordable price tag.

Which console is best in your view? Xbox or Playstation? Do not hesitate to let us know your choice in the comments box below.