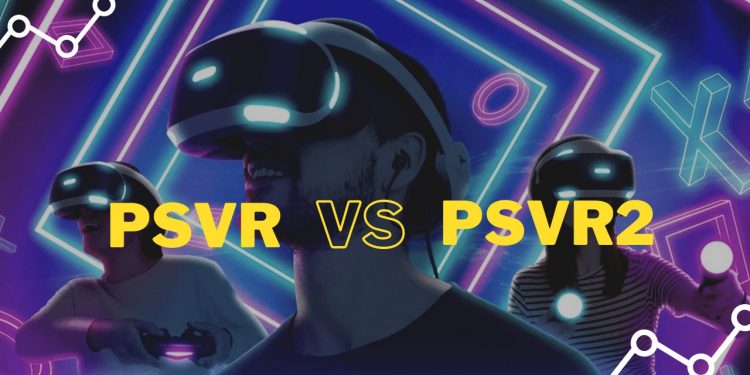 We bring you the difference between PlayStation VR and VR2 in light of the latest Sony announcement that the world is abuzz with.

At CES 2022, Sony Interactive Entertainment President and CEO Jim Ryan presented their latest next-generation hardware to create virtual reality experiences. Based on previous speculations, Sony has confirmed its name as the PlayStation VR2 (PSVR 2). The hardware will be accompanied by the VR2 Sense controllers, similar to the previous VR’s DualSense controllers.

PlayStation also revealed in the CES 2022 a glimpse at one of the first games coming to PS VR2 called the Horizon: Call of the Mountain. The game is being built exclusively for the VR2 hardware, allowing players to indulge more profound in the world of Horizon.

Before we begin explaining the difference between the two VR headsets, let us take a look at Sony’s PS VR 1 headset specifications to understand them well.

So What’s Different In The New PS VR 2?

Now that we know what PS VR 1 looks like, these are all the specs of VR2 that differ from the VR1:

The significant differences are in the OLED display, the 4K HDR, and a display resolution of 2000×2040 per eye. The Sense controllers are also expected to be an improved version of the previous Dual Sense Controllers.

One of the biggest struggles PS VR1 users faced was its difficulty in terms of ergonomics and the messy wires. It was required to juggle multiple wires every time you wanted to play. Users also needed to install a separate PlayStation Camera setup and PlayStation Move controllers for some games.

It was an absolute nightmare to go through the cluttered hassle every time, taking away from the pleasure and adding to the misery! The announcement implies that PS VR 2 will have a single-cord setup, much to the relief of the players. Through their blog, Sony might have dished out a lot of information, but there is still too much to be expected that fans are desperate to find sooner than later.

The most important part is that Sony has not put any price tag o the new VR 2 headset. While the VR1 set off with almost $400 just for the headset in 2016, it is expected that with all the specs revealed at CES 2022, and PS VR2 should cost as much as the PS5 itself.

But this is all hearsay until the next press conference or official statement from the company. Moreover, there still is no specific release date for the PS VR2. Should we wait till the holidays for this release, or does the company plan to release it sooner? No one knows.

One PSVR 2 game has been released, but what to expect from the rest of the line-up? Will Sony launch a number of notable games like the previous VR1, or will it focus on getting timed exclusives from the indie developers? Only time will tell. The advanced hardware of VR2 implies it needs to be complemented with exciting games.

Another important aspect for Sony to address is backward compatibility with existing PS VR games. Logically, they should, and it makes sense because the PS VR1 games work on PS4 with first-generation hardware.

We are as excited to learn more about the PS VR2 as you are. Whatever comes our way, we will share all that information with our readers, too—hoping for a grand release!