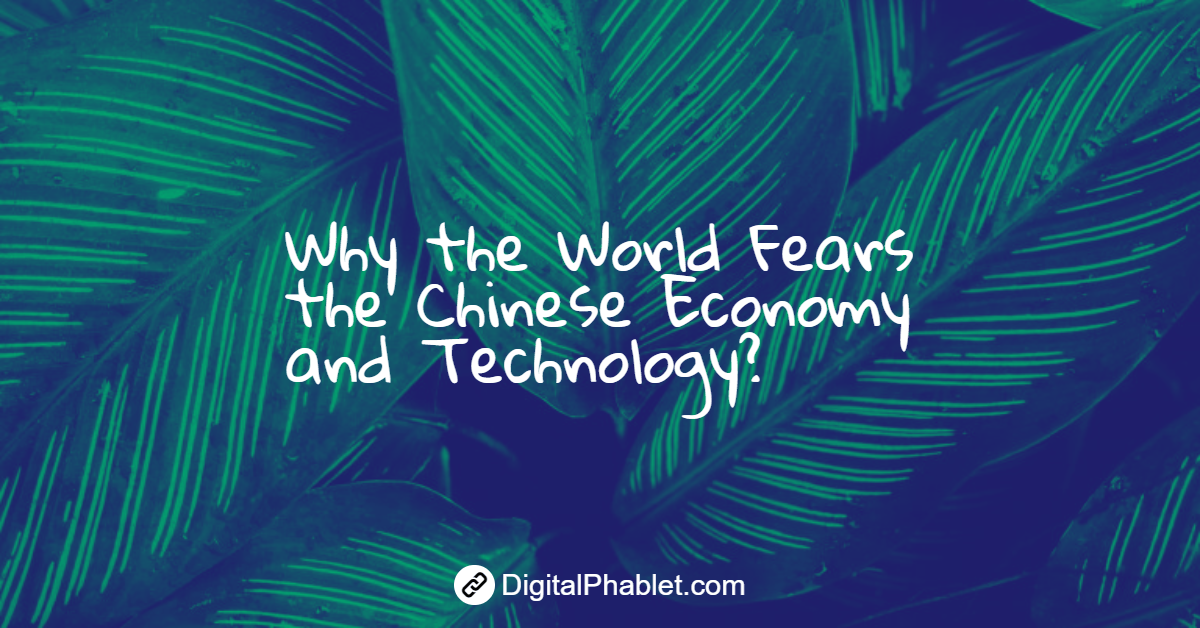 Years ago, the United States of America assumed the role of a mentor to China. It was from this relationship that China learned to develop her nation fast. Today, the world, particularly American nationals, is afraid of China and her swift pace of technological, economic and military development.

In the early days of increased Chinese economic growth, Americans positively wondered how much China had grown in a short amount of time. In the latter half of the 2010s, the story has made a turnaround; Americans are now concerned about China’s pace of technological and economic growth. In 2007, 39% of Americans who participated in a poll declared that they distrusted China. That amount has jumped to 55%.

A study conducted by Gallop disclosed that 11% of Americans believe China is the largest single threat to U.S. economic dominance. It further showed that almost 90% of U.S. nationals believe the growing dominance of China needs to be curbed. Research made by Pew revealed that 29% of Americans fear China’s military, 62% were concerned about China’s holding of U.S. debt, and 58% worried about cybersecurity breaching from China. Some also feel that censorship in China is aiming to limit American influence. China’s heavy censorship also has an effect on the world’s free speech and internet freedom. Even if it’s not direct censorship from authorities, internet users suffer an aggressive backlash from Chinese netizens who are fed half the truth around politically sensitive subjects. Although savvy Internet users have been using VPNs to overcome censorship for decades, it’s not a mass solution and is by no means the answer to a freer internet.

China’s gross domestic product increases at a rate of 6% annually. These numbers better that of the United States. However, the swiftness of the growth of the Chinese nation wouldn’t even make certain China surpasses the U.S. in terms of gross domestic product. This underlying fact has been ignored by several Americans. This has inspired negative sentiment in Americans business owners. Those intending to sell firms in the U.S. refrain from selling to the Chinese because they’re worried Chinese citizens are taking over their country.

The situation at hand is not so different from the American fear of Japan in the 1980s and early 1990s. several U.S. nationals were worried about Japan’s strong economic growth beating that of the U.S. Bill Clinton who was the American president that period championed the idea. Research conducted by the Massachusetts Institute of Technology (MIT) at that period disclosed that Japan would soon be the world’s largest economy. An author, Theodore H. White also published an article in a newspaper with the title, ‘The Danger from Japan’.

The fear was so pronounced that members of Congress in the U.S. destroyed Japanese-made electronics in the Capitol. As it so happened, Japan’s economy did not surpass that of the U.S. and the negative sentiment towards Japan considerably reduced.

There have also been whispers of negativity against China’s economic wealth in Africa. China has made several investments in varying African nations. The size of these investments were so large that in 2008, China beat the U.S. as Africa’s chief trading partner. However, some citizens of African nations like Nigeria, Kenya, and South Africa have sounded fears about China’s intentions, calling the trading partnership between China and Africa ‘a new form of colonialism’.

This is inspired by the fact that China has begun relocation of its factories to different locations in Africa. The Asian nation has announced intentions to divert manufacturing from the low-end sector to a more advanced sector of technology. The reason for the move of factories to the African continent is that China is looking to help industrialize African nations which are on the unfavorable end of terms of trade. Nigerians and Kenyans have given opinions on this development, mentioning that it could serve as a catalyst for the contraction of Africa’s economy.

These fears and more stop people from realizing that the fast-paced growth of the Chinese economy could be advantageous. The unemployment rate which is high in many African nations could be significantly lessened. The manufactured products gotten from the relocated factories could serve as exports, bettering countries’ terms of trade.

The Chinese have in the past learned from America in technological matters. The Asian country has beaten all expectations and is looking set to push past the U.S. as the largest economy on the globe. China should be allowed to freely push ahead of the U.S. as the most technologically developed country in the world so Americans can learn from them this time.