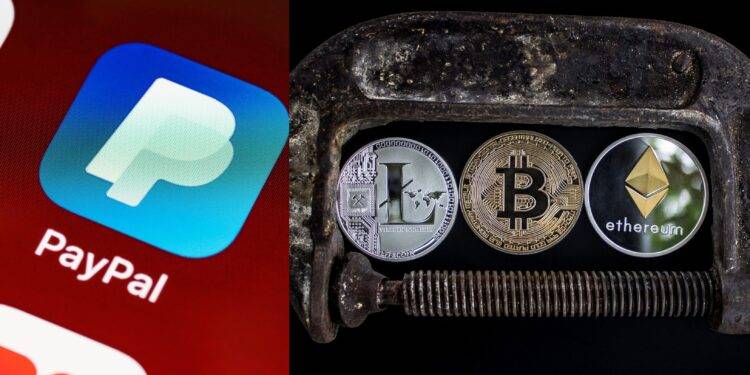 In a surprising update, PayPal has said in a Press Release that the platform will support Bitcoin, Bitcoin Cash, Litecoin, and Ethereum payment transactions.

According to Reuters, PayPal is all set to let users buy, sell, and hold Bitcoin BTC and other cryptocurrencies.

Dan Schulman, the chief executive of PayPal told Reuters the company hopes this will uplift the global usage of virtual coins and ready its network in anticipation of digital currencies provided by central banks.

It plans to provide users to actually spend their cryptocurrency with the 26 million merchants on its network beginning at the start of next year as stated by the US payments giant. PayPal reportedly posses roughly 346 million active accounts and in 2020s second quarter, the service processed 222 billion worth of payments.

PayPal is not the only service to support cryptocurrency as noted by Reuters. Jack Dorsey-led fintech Square already provides users to control digital assets and the same goes for the trading app Robinhood. But still, PayPal is definitely the biggest.

In June 2020, CoinDesk, the industry outlet had said that PayPal and Venmo, its mobile payments were agreeing on lanching cryptocurrency support in the future. And it’s not the first time we have heard about this.

Just after checking my personal PayPal account, it does not seem like PayPal’s cryptocurrency will be live just yet.

PayPal had its first public offering in 2002 and developed in 1998 as Confinity. Later that year, It became a wholly-owned subsidiary of eBay valued at 1.5 billion. In 2015, PayPal was spun off by eBay to eBays shareholders. On the 2019 Fortune, The company’s ranking was 204th among 500 of the largest united states corporations by revenue.

What do you think about this?