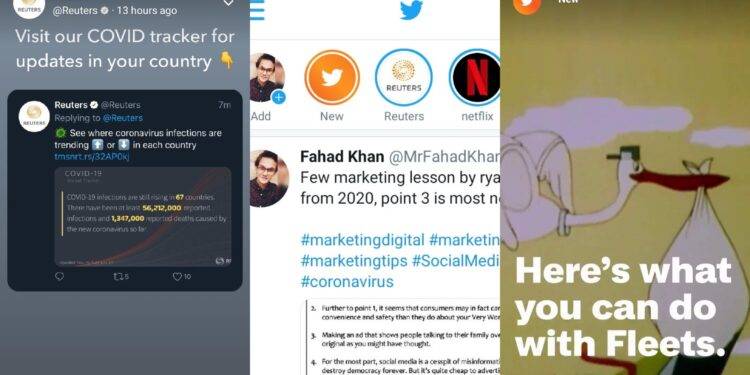 Stories have shown great potential after almost every social media (Except LinkedIn) has adopted it. Twitter is the newest addition to this race.

Users can also react to the stories as well as can directly reply to these tweets.

This feature has been adopted by almost 70% of the famous Twitter handles which showed great reach on the platform, one of the account said that he has seen a 60% boost in the post reach after adopting Twitter Stories.

Twitter has been one of the most authentic social media platforms, as it has many Government officials, politicians, artists, and other famous personalities with their official accounts to tweet their views about the topic around the world.

What do you think about this new Twitter Stories feature? Will you be using that too? Let us know in the comments box below.