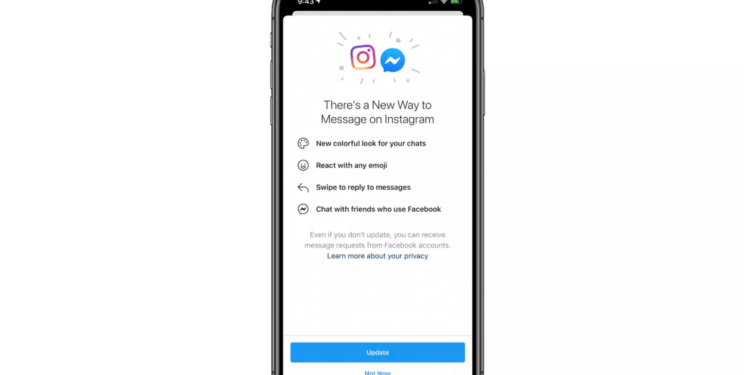 Facebook is trying new things to incorporate their apps altogether. As of Friday evening, a number of Editors at Digital Phablet received an update on their Android and iOS devices, with a new feature that will merge Facebook messenger with Instagram.

Once you update, the “Direct Message” logo will be replaced with the Facebook messenger logo. Meaning, all the direct messages you will get, will show in your Facebook Messenger.

Facebook had made it clear to incorporate all their apps together, that means soon, you will be able to see your Facebook messenger texts in your Whatsapp as well. Facebook further explains the reason behind merging these apps to allow users to do all the things from one app rather than keeping three apps at a time.

CEO of Facebook, Zuckerberg, had also told in the press conference that he wants all the apps to have end-to-end encryption. By integrating, Facebook will be able to compete directly with Apple’s iMessage.

Back in 2012, Facebook had acquired Instagram for $1 billion and in 2014, bought WhatsApp for $19 Billion, we reached out to Facebook but they didn’t reply to our request immediately.