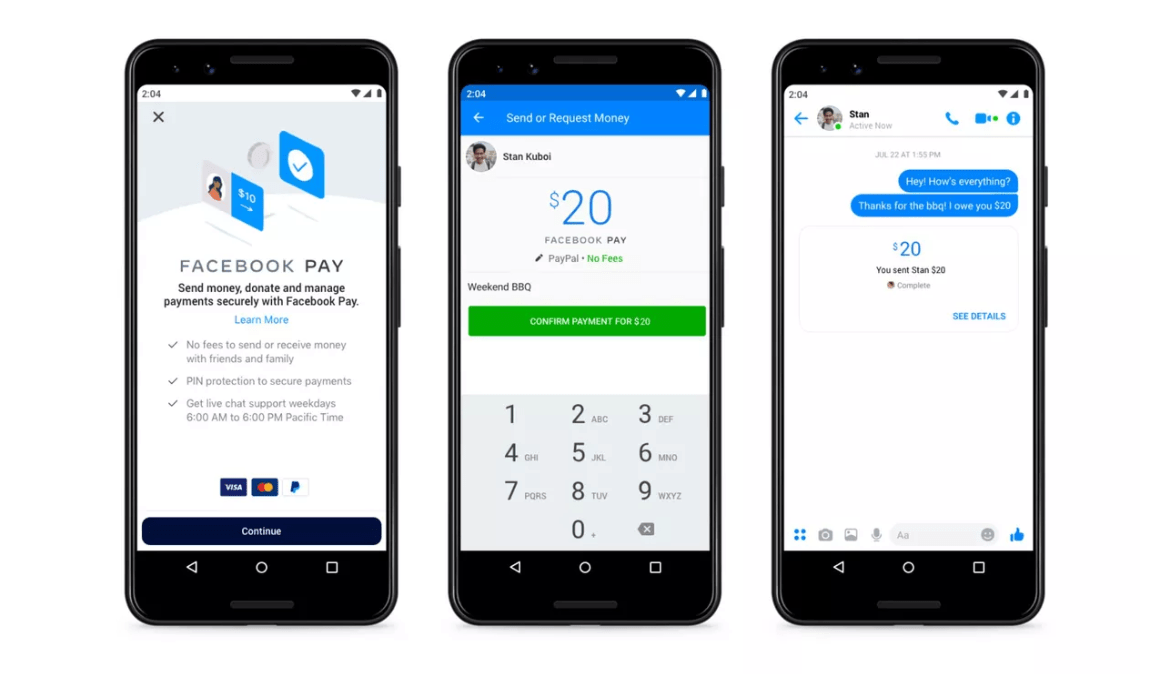 You will be able to use Facebook pay to buy foods, donate to streamers and fundraisers and send or receive money.

Facebook is rolling this feature initially on Facebook and Messenger in the US this week and will come to other regions of the world by the end of this year. This payment method will be used to person-to-person payments, buying tickets and in-game or app purchases.

Facebook Pay will be integrated with PayPal and Stripe for accepting Debit and Credit cards. You will be able to top up through Paypal or your Debit/Credit cards to make a payment or for direct top-ups.

Facebook has not been announced when it will be coming to other apps such as WhatsApp and Instagram, but they ensured it will soon be available on other platforms. PayPal is supporting Facebook Pay although PayPal was the first company to disagree with the idea of Facebook Cryptocurrency Libra.

This will help people all around the globe to send the payment to their friends, family and for business reasons. Making it easier for countries where Paypal isn’t available yet. Marketing experts are stating this move as the biggest one in finance field after PayPal was released as Facebook is capable of expanding it internationally.