Samsung Galaxy S30 To Ship Without Charger And Earphones 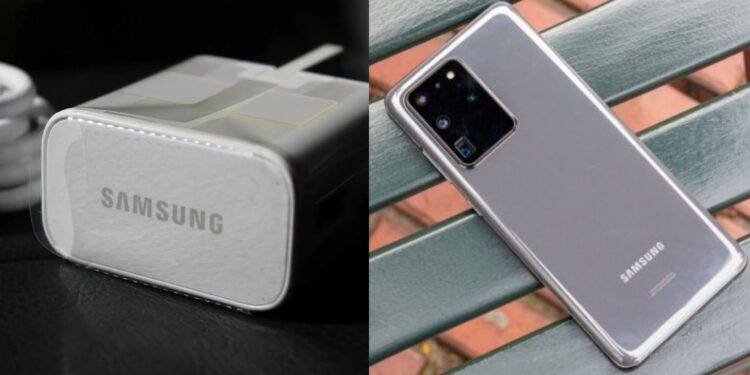 Samsung is ready to ship Samsung Galaxy S30 without Charger or Earphones. You will have to pay extra to get both, charger and earphones separately.

Apple was accused of no longer providing a charger with its brand new iPhone models, but it seemed like Samsung may be doing the same as stated by the reports, Samsung has planned to do the exact same thing with its upcoming models.

It is a confirmed report that the Samsung Galaxy S30 will not ship with a charger or earphones inside its packaging as confirmed in Korea. The company will only provide a sim eject tool and a cable just like Apple.

In a recently appeared report to confirm the news which arrived some months ahead of the January 2021 launch date for the new flagship Galaxy s30 series as told to the Industry insiders by ChosunBiz.

Apple announced that they would be shifting towards charger free boxes on the release of the new iPhone 12. This news arrived just After some weeks of the announcement but at that time, some Samsung social media pages made fun of it.

Samsung will be justifying this decision as it is trying to minimize the company’s environmental footprint exactly like Apple. Taking out accessories from these phone boxes is also a very smart idea for their financial savings as it will help boost sales of their chargers and wireless buds.

With Galaxy S20 Ultra users already having to shell out an extra 50 dollar for a charger to be authorized the phones 45W fast charging mode.

It is still undecided that the new S30 series will provide headphone and charger free or whether the lack of bonus items will have any effect on the new prices of phones.

The users of Samsung will have to wait until the release of the event to find out for sure but considering the way apple fans reacted, it does not look like they will be all too happy about the news.

Turn Your Picture into Halloween Profile Pictures Easily With This Site