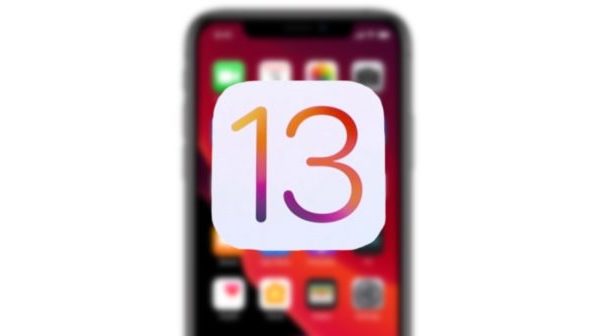 The final version of iOS 13 is available and available to everyone since September 20th. We present you the 4 best ios 13 features for iPhone.

iOS 13 is now available for everyone on iPhone. The opportunity to take a quick tour of the highlights of the new mobile operating system Apple.

Arrived last year on Mac, the dark mode arrives (finally) on iPhone with iOS 13. The dark mode is largely fashionable in the sector, and most applications are in tune with this look that not only rests eyes in the dark but also saves battery on OLED smartphones.

On iOS 13, it is the entire system that switches to dark mode via an option that can be activated in the settings or the Control Center. You can also choose a predefined time range to activate it (at night, for example).

Note that Apple has made available its API developers to adapt their apps, which will eventually switch the entire system and applications in one mode as in the other, via a single button, then that we had to look for the option on a case-by-case basis in the menus of each application.

Past a little unnoticed during WWDC 2019 and the presentation of iOS 13, the “Connect with Apple” feature is yet one of the flagship features of Apple’s new operating system. This feature allows you to authenticate to third-party sites or apps using your Apple ID, which will reduce the risk of data leakage

Above all, Apple has strongly emphasized the strong protection of the system and respect for the privacy of its users.

Available for a long time on Android, it was necessary to install a third-party keyboard to enjoy this type of function on the iPhone and iPad. It’s all the more interesting because Apple has taken great care of its functionality that works perfectly.

The Photos application has undergone a major facelift with iOS 13. Not only has the design been completely redesigned, but the app is also taking advantage of artificial intelligence to prioritize photos, and highlight the photos that are supposed to be the most interesting. Editing tools gain an option, and it is finally possible to easily edit a video directly in Photos.

As you can imagine, iOS 13 also offers a plethora of other novelties on the left. Many native applications have been redesigned, such as Notes, Reminders, apps to locate my friends and locate my iPhone that merges, etc …

Apple also announces an increase in overall performance, a faster unlock with Face ID and many refinements everywhere on the system. In addition, iOS 13 also offers most of the new iPadOS, which will land a bit later, September 24.

Ability to read USB keys, use a mouse, Safari Desktop … do not hesitate to watch our presentation of iPadOS video to discover all the new!