The MIUI 14 release date and other information about the new version of MIUI have been found online. 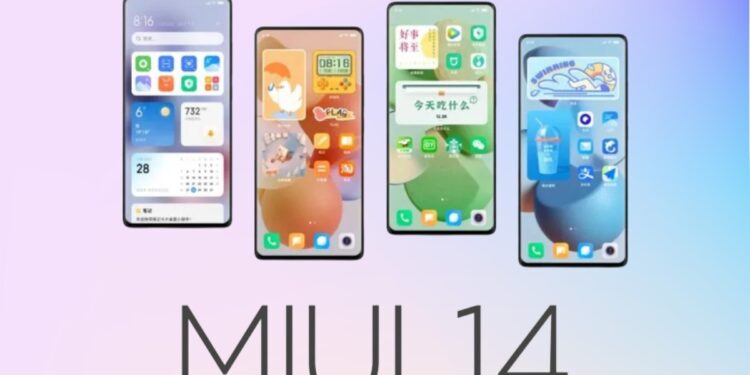 MIUI 14: we will discuss the release date, features, eligible devices, and download of the upcoming Android 13-based MIUI.

Xiaomi developed MIUI (pronunciation: Me You I) for its smartphones. MIUI is a forked version of Android. It supports themes, among other features.

Some Xiaomi smartphones run Android One, while others run MIUI, based on the current version of Android. There are usually three Android updates for Xiaomi devices, but there are four MIUI updates each year.

The Xiaomi phones being available on the market today already have MIUI 13 in their entrails, and the deployment of such software has been quite extensive within the product catalog of the Chinese firm, and this appears to be a trend that will be maintained in the next version of this system, the long-awaited MIUI 14.

We have gathered all the information that we have today about Xiaomi’s new version to complete our experience with the equipment we use daily.

MIUI 14 is likely to be released in August, according to Xiaomi’s timeline. Since the interface was launched exactly 12 years ago on August 16, this might even serve as a celebration of its anniversary.

It has been suggested that the number of compatible smartphones may be greater than we initially thought, being able to find among them:

In addition to MIUI 14, other devices from previous years will be able to receive this software, although we do not know what they will be; what we hope is that at least the high-end of 2021 will receive MIUI 14. It will be officially released in the coming months.

The code was found in the app after we decompiled it for you. Below is an image you can check out:

In short, the code above does this;

Tests if the nuwa codenamed device (Mi 13) has MIUI 14 or higher, and if it does, shows the SIM Toolkit icon on the interface, simply checking for MIUI 14 on the system app.

Xiaomi MIUI 14 has yet to be announced. Still, based on previous versions, we can intuit that there will be changes at the system optimization level and minor, aesthetic tweaks to complete our experience.

We can only tell you about the new betas launched by Xiaomi. The redesign will focus on greater system customization, with new features in elements such as the control center and the photography app.

To download MIUI 14, we might have to wait until the official beta ROMs are released in the month of August.

Android’s next skin and eligible devices are expected to be announced in August. Nevertheless, please take the date with a grain of salt for now, as it is merely an assumption. In the coming days, more details about MIUI 14 will be revealed.