Huawei Claims Hongmeng Is Faster Than iOS and MacOS 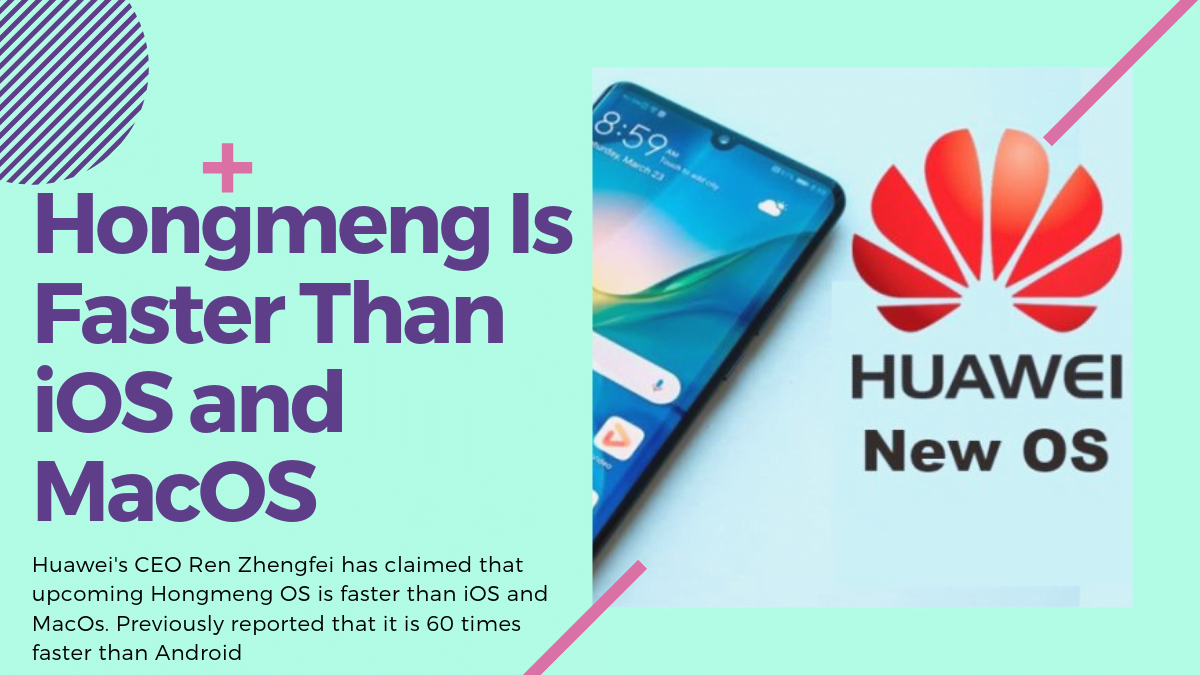 On the 4th of July, Ren Zhengfei, the chairman of Huawei, boarded the latest issue of the famous French weekly magazine Perspectives. In the current issue, Viewpoint published a 15-page special report.

According to the “Lianhe Zaobao” reported on the 5th, on the cover of the latest issue, “Viewpoint” published a portrait of Ren Zhengfei under the heading “This person will change history”, and for 15 pages, for Ren Zhengfei and Huawei conducted detailed special reports on issues such as 5G technology development, China-US relations, China-EU relations, and geopolitics.

In his interview, Ren Zhengfei introduced his personal experience and the development history and direction of Huawei. At the same time, he responded to Western countries’ concerns and doubts about Huawei and national security.

In an exclusive interview, Ren Zhengfei revealed that Huawei’s self-developed operating system “Hong Meng” was designed to be applied to a variety of devices, which confirmed previous rumors. Ren Zhengfei said: “The operating system we are developing is compatible with printed circuit boards, switches, routers, smartphones, and data centers.“

For Hongmeng system, Ren Zhengfei said, “The system has a processing delay of fewer than 5 milliseconds. Hongmeng will be efficiently adapted to the latest tech upgrades and Hongmeng can also play a big part in autonomous driving.” Ren Zhengfei further added: “Huawei built Hongmeng system in order to be able to connect all objects at once. This is how we move towards a smart society.“

Not just Android, Hongmeng is faster than iOS and MacOS too!

Was asked if “HongMeng OS is better than Apple’s iOS and MacOS as well as Google’s Android? “On this question, Ren Zhengfei gave the answer cautiously: “very likely” and gave a technical argument. As per the latest development, Huawei’s operating system is 60% faster than Android.

However, Ren Zhengfei also nodded to that fact that Huawei has made a big mistake in competing with Google and Apple: “Comparing Hongmeng with Apple’s OS or Android, Huawei still trying to achieve a better application ecosystem.” In order to solve this problem, Ren Zhengfei Said that Huawei is already working on the development of Android and Apple App Store alternatives and trying to attract developers.

On May 15 this year, the US government listed Huawei as an “entity list”. US companies need special permission to sell and transfer technology to Huawei. Since then, Google announced on May 20 that Huawei will be discontinued to update Android, which means that Huawei can only use the public type of Android operating system in the future, and can not get updates of Google Android operating system. Subsequently, it was reported that Huawei’s own operating system, Hongmeng, had already started research and development, and it has been tested in some parts of China. It is expected to be listed soon.

At the just-concluded G20 summit, Trump softened his position on Huawei and announced that it would allow US companies to sell technology products to Huawei. However, Huawei said on July 1 that it is waiting for the US Department of Commerce to release the guidelines for the re-use of Google Android operating system on its newly launched smartphone.