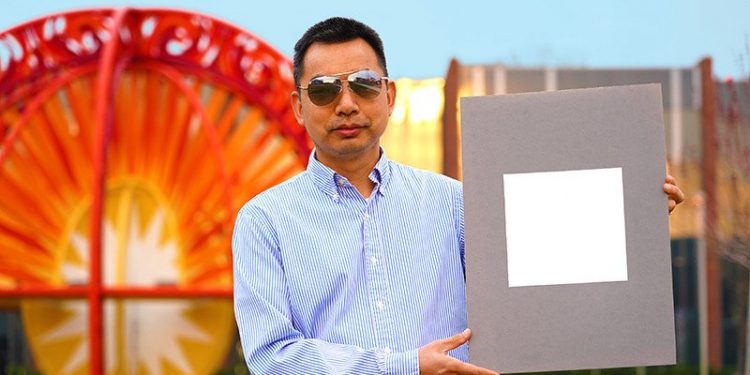 The whitest paint in the world has been successfully created by scientists in a lab at Purdue University. The Guinness Book of World Records has named the paint as the whitest. The whiteness of this paint makes it the coolest on record.

A professor of mechanical engineering at Purdue University, Xiulin Ruan, said this project had started about seven years ago. Since the beginning, scientists have had the mind to save energy and fight climate change. They have a goal to make paint that will reflect sunlight away from a building structure.

The paint became white, creating a paint that can reflect 98.1% of solar radiation and emit infrared heat. When applied to a building, this paint will not absorb the sun’s heat and will instead emit it. This paint can make the surrounding and indoor temperature cooler without consuming any power. This is certainly good news as it would eliminate the need for air conditioning.

According to Ruan’s prediction, if this paint is used to cover a roof of 1000 square foot could result in a cooling power of 10 kilowatts. This is considered to be more potent than most air conditioners in houses.

In an outdoor test using a highly accurate Thermocouples device, the paint managed to keep the surface temperature 19 degrees Fahrenheit cooler than their ambient surroundings at night. While under strong sunlight during noon hours, it can cool surfaces by about 8 degrees Fahrenheit below their surroundings.

This paint results from six years of research building on efforts going back to the 1970s to develop radiation cooling paint that could be a feasible alternative to traditional air conditioners.

The ultra-white paint is planned to be available to everyone after researchers at Purdue have partnered up with a company to begin selling it.