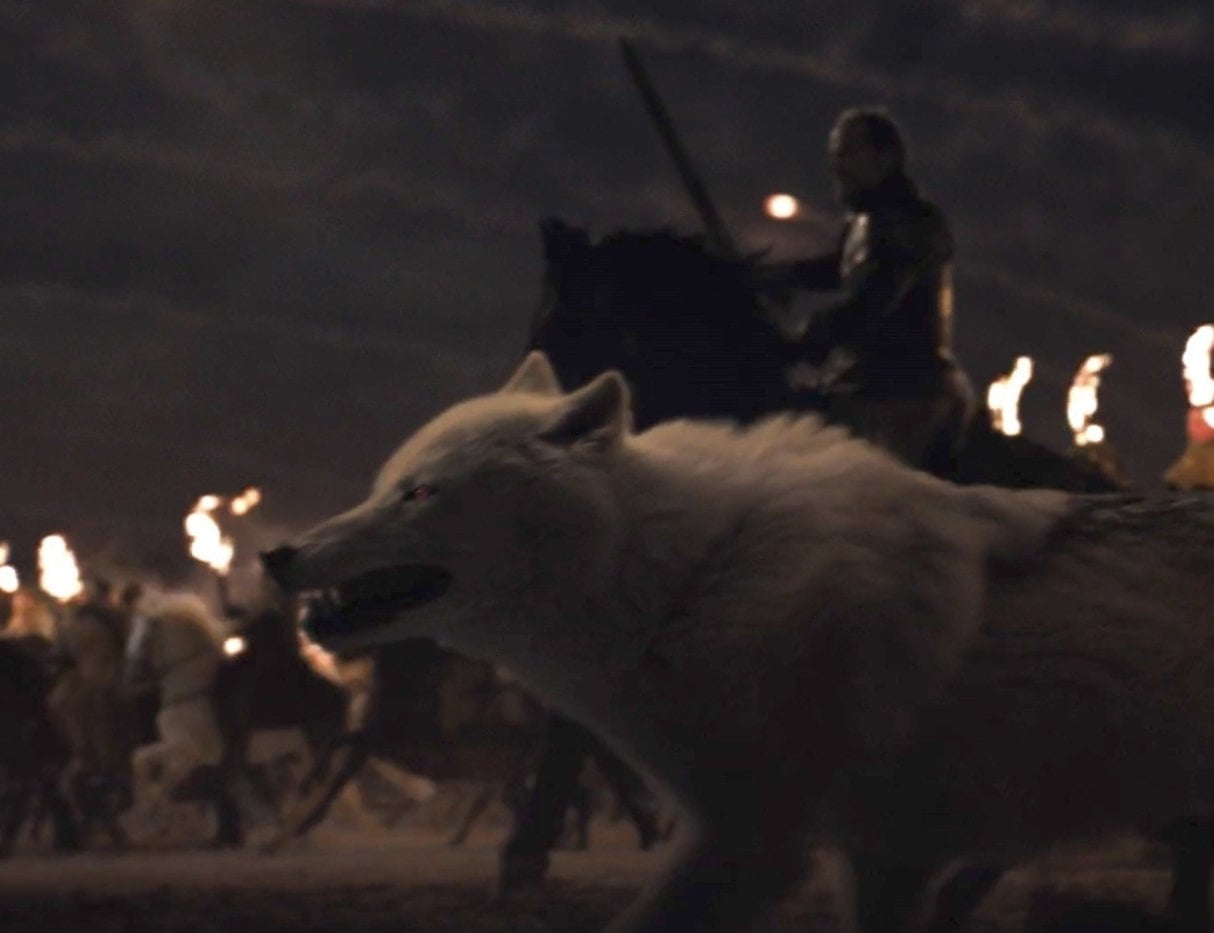 People have been looking for answers about Jon Snow’s dire wolf, Ghost was last seen at the Battle of Winterfell, now cannot be seen, Is he alive or dead?

Ghost had appeared several times on the show, but when Ghost appears, something incredible happens. After seeing Ghost going towards the army of the dead alongside Dothraki, it had been seen as the Ghost is dead. Because he just vanished and never returned after the Night King’s army killed almost all the Dothraki army.

Is Ghost Alive or Dead? – Survived the long night?

When fans had lost their hopes to see Ghost ever again, but the show never shows him getting killed! And in the teaser of Game of Thrones Season 8 Episode 4, the ghost can be seen under the circle mentioned in the picture above.

Keeping it in mind, this can also be Nymeria, Arya Stark’s dire wolf. But there are more chances of this wolf being Ghost. So let’s hope for the best!

Ghost is one of the last surviving dire wolves from the show, and the survival of Ghost would mean a lot to the fans of Game of Thrones. The other alive dire wolf is Nymeria, which was pet by Arya Stark who appeared in season 7 and became the leader of another Wolfpack.