Several leaks revealed important information about a few key features coming to the more expensive iPhone 14 Pro. One minor element of the iPhone 14 Pro was announced during the process, one that many iPhone users will be delighted to see: the old battery percentage indicator return.

The notch replacement will look like an elongated pill, according to a leak from an Apple acquaintance. In the past, we expected a pill-and-hole notch configuration. A privacy indicator will also be displayed within the pill by Apple. This will result in more space on the left and right sides of the notch.

Therefore, Apple can adjust the elements of the status bar. On the iPhone 14 Pro and iPhone 14 Pro Max, Apple appears to be sticking with a traditional status bar design. Thus, the battery indicator will revert to its classic design, where the percentage is displayed alongside the battery icon.

As can be seen in the concept image above, the cellular signal indicator has been moved to the left. The iPhone X design introduced in 2018 moved it to the right. As is currently the case, the carrier name will remain on the left side of the screen.

There will be an indicator of the location “arrow” on the right of the battery percentage and battery icon.

The leaker posted these concept images and provided MacRumors with a description of the new notch’s design and functionality. Furthermore, he explained the functionality of the always-on display. This information was obtained from a friend who Apple reportedly employs.

Aside from iPhone 14 Pro rumors, the battery percentage indicator has recently received considerable attention. A new indicator is being introduced in iOS 16, but not everyone is pleased with the changes.

If you are running the latest beta of iOS 16, you will be able to see the percentage indicator within the battery icon. Assuming that Apple maintains the feature, the feature should also work on the iPhone 14 Pro. However, the current implementation is less than ideal since Apple is forced to fit the indicator inside a small battery icon.

How To Start Learning VA For Amazon In 2022 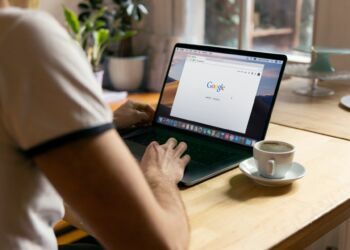 How To Start Learning VA For Amazon In [year]