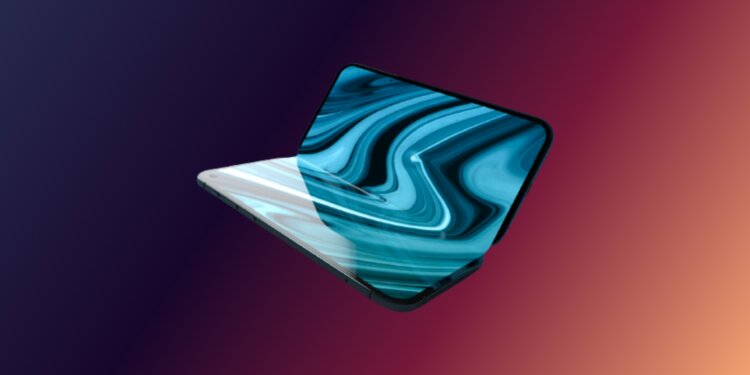 According to analysts at CCS Insight, Apple intends to enter the foldable market with a foldable iPad in 2024 before creating a foldable iPhone.

Analysts predict that Apple will adopt foldable technology on its iPhone in 2024 after testing it on an iPad in 2024‌. During an interview with CNBC, Ben Wood, chief of research at CCS Insight, explained that it “doesn’t make sense” for Apple to produce a foldable iPhone at this time. It is likely that they will stay away from that trend and instead dip a toe into the water with a foldable iPad,” he concluded.

According to reliable display analyst Ross Young, Apple is testing a foldable iPad display that is approximately 20 inches in size. The device is expected to be available in 2026 or 2027. Companies like Samsung have released multiple versions of foldable devices over the past few years, demonstrating the growing popularity of foldable devices.

The company is reportedly working with LG to create an ultra-thin cover glass for its foldable products. Uncertainty persists regarding the precise form factor of a foldable iPad, including whether it would be a hybrid between an iPhone and an iPad.

According to CCS Insight’s latest report, Apple is more likely to launch a foldable iPad in two years than a foldable iPhone in the near future.

The company’s move contrasts with that of other smartphone manufacturers, such as Samsung, which has launched foldable smartphones rather than tablets.

A foldable iPhone is likely to cost around $2,500, according to the analyst. The most expensive iPhone 14 Pro Max model, which has the largest storage capacity, costs approximately $1,599.

According to Wood, if Apple has any technical difficulties with the foldable phone, critics will attack Apple as a result.

The company, however, has “no choice but to react since the trend toward foldable devices is gaining traction,” Wood said, and has decided to begin with an iPad.

For displays with a size of approximately 20 inches, Apple is exploring the use of foldable technology. According to the company, this could be related to a new foldable notebook product.