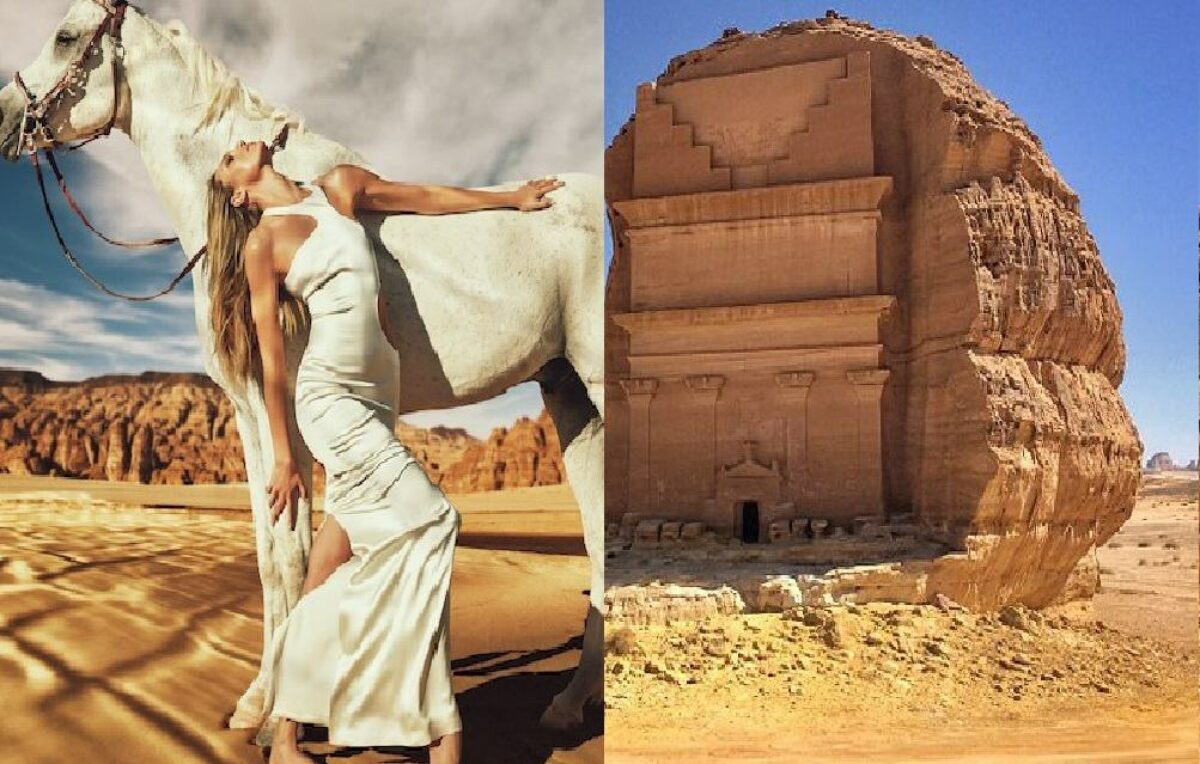 The country recently pushed a dispute by allowing such inappropriate photoshoot within the territory of the Holy city of Madina. The point to note here is that this act goes against Islam and is immoral.

Besides, the main idea of the shoot and the outfits utilized are considered as immodest by the Muslims. Also, the same models walked at the UNESCO World Heritage area. It is known as the world’s biggest open area museum. It involves the art of carved rock pieces same as the Jordan’s Petra.

Despite the fact that the premise is located about 300 kilometers far from Madina, it is still present within that similar province. A lot of Muslims claim it as immoral and are also angry because of the permission given by the Saudi authorities.

As per the information. This controversial photoshoot appears as the progression part concerning reforms. The nation is following it to broaden its economy to attract modernization and international tourists.

This reform which the kingdom is following comprises modernization. They will further reduce the power of the religious police along with lifting the restrictions of gender mixing. Furthermore, the necessity for women to follow a loose gown or abaya would be diminished.