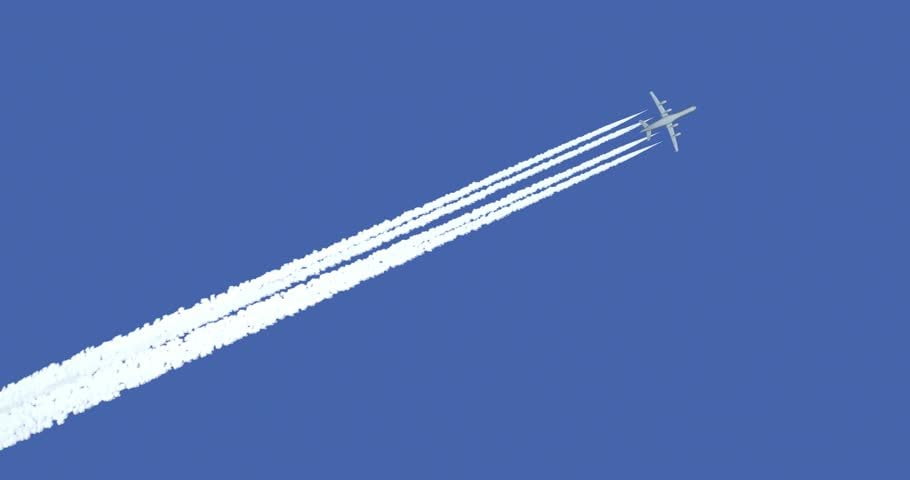 Everyone asks what is the white smoke behind airplanes or what are those rockets in the Sky, the blog explains the reason why Airplanes leave white smoke in the sky.

Airplanes or jets leave a white trail of smoke behind them, which you mostly see in the sky. It is the hot, humid exhaust that releases from the airplane gets mixed with the atmosphere, due to lower vapor pressor and temperature at high altitudes. and then the exhaust gas.

The amount of water vapor in the airplane’s exhaust gets frozen and the mixing process creates a cloud or a cloud of smoke which you see from the earth.

Jet engine exhaust includes carbon dioxide, nitrogen, unburned fuel, metal particles, oxides of sulfur as well as water vapor. The soot gives a condensation site for the water vapor. Any other particles present in the air give additional sites.

It depends on the jet’s altitude, the humidity of the atmosphere and the temperature, contrails can vary in their duration, extent, and thickness. The persistence and nature of airplane contrails can be used to predict the weather.

The mixing of gasses inside that contrail moves with the ambient air. The rotating flow regions are called vortices. (Any sharp platform, such as wing’s top, can also cause vortical flow because it is large enough or flow is very fast.) At this event, these trailing vortices may intercept one another.

Citing one the famous example to prove it, Instability of crow create the vortices to make symmetric sinusoidal oscillation and gradually to merge and create vortex rings behind the jet. Instability can be caused by the turbulence in the atmospheric air or just by local variation in air density or temperature, which is itself by the results of the atmospheric stratification.

When the contrails are strong and visible, it can easily be seen white smoke or trail become wavy and then leave the rings left floating high in the sky, like giant cigar smoke rings.

In the latest research, teachers have suggested the ice cloud included in contrails can cause contribute to global warming as a part of the insulation blanket of gasses and moisture in the atmosphere as well as can cause greenhouse effects.

Researchers in the field seized the opportunity to showcase in the United States on September 11 and 12. The complete cessation of commercial air traffic provides a controlled sky without condensation trails to quantify the environmental impact of condensation trails.

So, this is the reasons why airplanes leave white smoke in the sky!