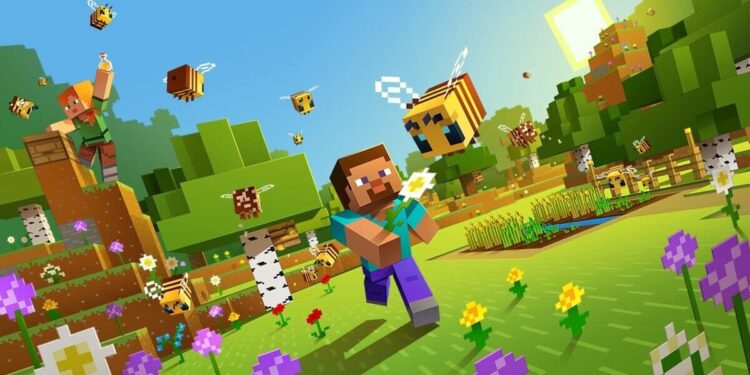 Like all eSports, one of the most common and popular conditioning for Minecraft as well has been figuring out who is the best Minecraft player!

What Is Minecraft? How To Play It?

Minecraft, developed by the Swedish video game developer Mojang Studios, is a sandbox video game. Created by Markus Persson, Minecraft has been ported to several other platforms since its launch in 2009. In 2014, Microsoft purchased the Mojang and Minecraft intellectual property for US$2.5 billion. It is considered the best-selling video game of all time having over 238 million copies sold and nearly 140 million monthly active users as of last year.

When starting a new world in the game, players must pick from one of the five-game modes: Survival, Hardcore, Creative, Adventure, and Spectator, as well as one of four difficulties, from peaceful to hard. Every time the difficulty level of the game is changed, it causes the player to take more damage from elements like mobs, etc, as well as having other specific effects related to the level.

The world is divided into biomes or environments, from deserts to jungles and snowfields. The terrain features plains, mountains, forests, caves, and even various lava/water bodies. A day and night cycle is followed in the game where one full cycle lasts 20 minutes in real-time.

Gaming experience continuously changes so to say one player is the best is difficult and unfair. Judging a player of any game depends on various factors like his conduct, knowledge about the game, and his experience. The same goes for Minecraft. For this block-structure game, what makes a good Minecraft player depends on three major areas:

Some of the trending Minecraft players include Technoblade, Captain Sparklez, Illumina, Fruitberries, Dream, and Mumbo Goliath. The debate will always keep on going as newer generations produce more agile players. For now, the following player is reigning as the best Minecraft player.

DanielTdm Robert Middleton, known as DanTDM on his social media platforms, is one of the best Youtuber as far as Minecraft is concerned. Other popular gaming streams that he’s famous for include Roblox and Pokémon.

His main channel DanTDM has 25.7 million followers and close to 18.3 billion views on his videos with Minecraft, Holiday Disaster, Custom Holiday Adventure #1, being among the most popular videos. Other channels include: DanTDM Live, DanTDM Films, MoreTDM, and PokemanDanLv45.

Some noteworthy accomplishments are: Forbes list of Highest-Paid YouTube Stars in 2017, earning $16.5 million in a one go. He has also won multiple Kiddies’ Choice Awards and has made Guinness World Records for his gaming and presenting. He’s also an author, musician and actor.

Dream and Technoblade rank as number 2 and 3 respectively right now, although a lot of other players are also praised by Minecraft fans for their different capabilities and unique gameplay.

Are you a Minecraft fan? Who is the best Minecraft player for you in 2022? Let us know in the comments below!

8 Best Humidifiers For Plants in 2023 (Best for Indoor Plants)