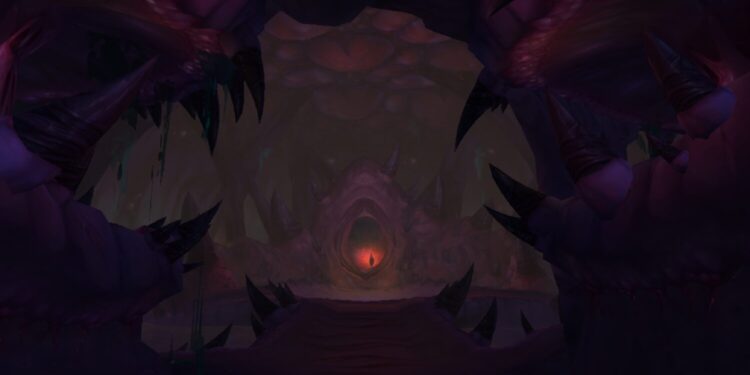 Discovered an old artefact? Made friends with an Old God? Use our Crucible of Storms Guide to fight the N’Zoth’s allies.

Crucible mainly continues with the Stormsong Valley story where something sinister has found its way to the Tidesages. Spoiler alert for those of you who are new here or who haven’t played the zone or the Shrine of the Storms dungeon yet: they’ve fallen under the influence of the Naga and their Old God masters.

Let’s give you an overview of what this game is about. Crucible of Storms is the third raid of Battle for Azeroth and it is centred around the Old God N’Zoth. It is the second raid to be launched during the Tides of Vengeance content patch but it’s a short raid just like Trial of Valor in Legion. it contains 2 bosses heavily themed around the Old Gods.

Shrine of Storms wasn’t the end of the story, and you will be headed into a raid to fight off the real source of the problem that’s — yeah not the Tidesages — but N’Zoth. There’s a brilliant in-game quest chain that takes the story forward leading up to the raid featuring the new Xal’atath, and if you want to play on adequately, I suggest you find the World Quest Naga Attack.

While you’re taking out Naga, you will pick up the quest Orders from Azshara. Finishing this chain will lead you straight to the raid’s doorstep, but if you feel like it, you can safely assume that Old Gods did it which is actually an on-point assumption for just about anything related to World of Warcraft.

This short raid has just two encounters, but they are by no means meant to be easy. Expect difficulty on par with the last bosses of Dazar’alor, which, in my very humble opinion implies it’s pretty hard. When LFR was released, players needed to be at least on ilevel 350 to zone in. That’s exactly the same as Dazar’alor, so if you have been currently enjoying this tier of LFR, you will be able to enjoy the new tier of LFR as well.

You can find Crucible of Storms on the island to the east of Stormsong Valley, in the middle of a bunch of giant creepy Old God tentacles. The closest flight path to this location is Mildenhall Meadery for the Alliance or Ironmaul Overlook for the Horde.

Restless Cabal is going to be your first encounter in Crucible of Storms. It features a pair of unfriendlies for you to tackle: Fa’thuul the Feared and Zaxasj the Speaker. It’s an interesting encounter where you have to juggle and counter the bosses’ use of three unique relics around the room, all of which are really going to affect your health for the worse.

Use these guides to get the encounter down:

If you’ve been eagerly expecting to fight a creepy void-touched Naga, this one is just for you. Uu’nat is the second and final boss in Crucible of Storms, and it’s an interesting twist on the first encounter. In this fight, you get to use the relics from the first fight to power you but there are some downsides that you’ll have to handle on your own of course.

Use these guides to get the encounter down:

The loot features a lot of features with interesting on-equip effects. While the item level is only slightly higher than Dazar’alor, the gear options are definitely interesting as per my opinion.