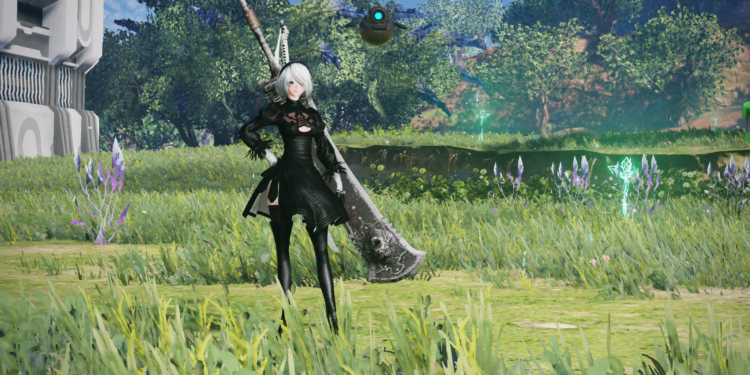 Looking for the best armor to protect your character in PSO2 NGS? Check out our selection of the PSO2 NGS best armor, available now!

Today we’re going to be talking about armor because I know a lot of you guys are a little bit confused about what’s the best weapon and what’s the best armor, and it depends on your play style.

Today we’re just going to go over the entire list of different armor choices that you have so that you can make an informed decision on what armor you want to go to fit your personal play style.

The first thing I want to clarify is a lot of these armors you are not going to be using for a very long time, so I’m sure that a lot of you guys in Elio are probably still using Qual de armors or vialto armors because you got these from the combat zones as they drop in resell Forest Mount Magnus as well as vanford laboratory runes.

These armors actually drop from the red containers, so these three are the unique armors you can get in a Leo, so they’re perfect as placeholder armors; however, please do not invest too much into any of these armors. You don’t want to enhance these, and you don’t want to augment these.

Just use them the way they are unless you need that little bit of extra battle power to continue with the story because once we get to the desert region, which is a reattempt, you will get new armor, so we’re going to be skimming over these armors since you know they’re just going to be used for a couple of hours at most.

Next up are the vialto armors over here. I would skip all of them. They’re not very good simply because they don’t give that great stats, so again, you can use it if you want as a placeholder, but I’m sure a lot of you guys have surpassed level 12. You guys are probably in like your level 30s, maybe level 40, somewhere between that range, so these armors aren’t going to serve that much of a purpose

Geant Armor is an exceptional armor because to get this armor, and you have to fight gigantic. Hence, I’m sure a lot of you guys may have noticed that when you’re wandering around in the open field, there’s a thunderstorm, a sandstorm, or a blizzard, depending on what region you’re in. Suddenly there’s this giant purple monster, and you try to hit it, and you do one day of damage to it, and it just kicks everyone’s butt. That is called a gigantic.

Now when you get to max level, you will be able to hunt these gigantic down to bring this unique armor, but the Geant armor is not something you should be farming for because it’s only level 15, so we’re going to be skipping that.

now for the armors that you’ll start seeing in Retem, which is the desert region, so there’s the Vidal, Vijf, as well as Vios armors, so these drop in the different combat zones, these are okay again for a placeholder; but I wouldn’t go too crazy on them

Personally, I would stick with the red container armor over here, so there’s the Vidalun as well as the Viosel armors; these armors are great as a placeholder again because the Vidalun and armor gives you 70 HP and the Viosel armor gives you 14 Photon power so this is extremely powerful when you combine these two armors, however again I would not invest into these I would simply use all of this as a placeholder the most excellent armor is similar to the Geant armor where they only drop from gigantics so again this is a complex, hard skip because it’s only level 31

Now we come to the part where these armors are worth investing in. So the first set of armor is the Schwarzest Armor over here, so there are three different types again. There’s the red melee, the blue range, and the yellow technique. These armors are relatively strong; the level requirement is only 31.

However, as you can see on my end-game character, I still use these armors because my augments are so powerful. I’ve invested so much into these armors that it’s not worth me upgrading because the DPS difference between this set of armor right now versus the level 60 armor is only a DPS increase of two percent. Hence, it’s not that big of a difference, so sticking with this armor is beautiful.

If you are planning to invest into an armor heavily, I would highly recommend using the Sestato Armor Arga / Belta/ Sheza because these armors give better stats, so Schwarzest Armor armor gives me 25 HP, 3 PP, and two melee potency. In contrast, if we look at the Sestato Armor Arga, this gives me 30 HP 4pp, so that’s five more HP and one more Photon power; it gives me 2.25 melee potency and range potency and also gives me 30 physical resistance.

I mainly encourage people to use the Sestato Armor Belta and Sestato Armor Sheza because you can obtain them from Red containers in west kavaris, north kavaris, and Central kavaris, respectively.

For most players out there, I recommend that you go with the Sestato armors simply because there are no negative stats. You can make a tank here or more offensive this is the most balanced armor. It gives you a lot of weapon potency, allowing you to build either a balance build or through augments.

If you want, however, if you wish to go Pure Glass Cannon, you can go three pieces with the Behlgren armor, but you will lose a metric button of HP because, for each piece you put on, you lose 40 HP, so with three parts, you’ll be losing a 120 HP. You will also get minus 50 for every single resistance. This includes freeze resistance, which is highly detrimental in the Kavaris region because many mobs there can freeze you. However, the negatives don’t end there.

The moment you’re Frozen, you can’t move, you can’t cleanse yourself, you’re a Sitting Duck until the freeze duration runs out, and if you do get hit while Frozen, you will take damage, so it’s very, very risky if you want to go full belt wearing armors.

Because if any of these Elemental attacks hit you, you are pretty much screwed, but now to talk about the benefits, why would anyone go with the Behlgren armor well, it’s because you get plus 13 Photon power, so the Behlgren armor is perfect because it gives you all potency while the Sestato armor is over here specialize in two different potencies, but if you go with the regular Sestato armor without the Arga Belta then you do get all strength, but it’s only 1.5 versus 2.75 so you know you want to go with 2.75 it’s a lot stronger, but you are sacrificing a metric button of HP as well as those resistances, so it is a double-sided sword so in conclusion any of these four armors are a great choice.